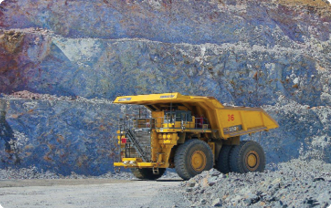 OYU Tolgoi LLC has signed a contract with Jacobs Engineering Group to provide EPCM services for underground development, which paves the way for construction of stage two of the Oyu Tolgoi (OT) Copper-Gold Project to begin. Jacobs will be responsible for the materials handling systems for the underground mine and associated surface and underground infrastructure.

As part of that process the 2016 Oyu Tolgoi Feasibility Study has been completed. The study assumes a five-year construction period, first underground production around 2021 and a five to seven-year ramp-up period. Underground mine targeted full production remains at 95,000 tonnes per day and the annual concentrator rate is planned at 40 million tonnes.

In early June Turquoise Hill advised that Oyu Tolgoi had drawn down approximately US$4 billion of the project finance facility that was signed in December 2015 and provided by a syndicate of international financial institutions, export credit agencies representing the governments of Canada, the United States and Australia as well as 15 commercial banks.

It also advised that steps were being taken to finalise the drawdown of the additional $0.4 billion. As part of the finance facility, a debt cap of $6 billion for Oyu Tolgoi was agreed, which provides the possibility for an additional $1.6 billion of supplemental debt in the future.

These funds will initially be used to pay down shareholder loans payable to Turquoise Hill. The proceeds will then be available to be re-drawn by OT as required for development of the underground mine.