MAJESTIC Gold Corp will refine its mine pit plan at the Songjiagou Gold Project in Yantai in a bid to enhance overall production. The company will use continuous sampling from blast hole cuttings to provide better control of material going to the mill, which it is hoped will result in an increased grade. 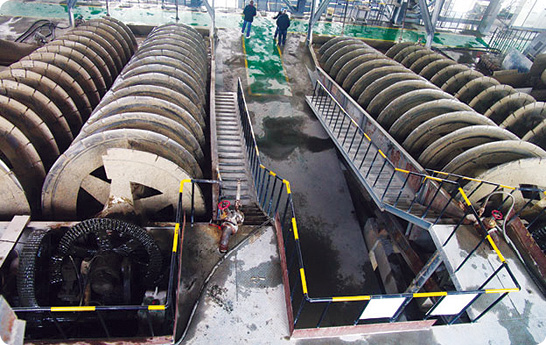 The drills will be adapted to collect the cuttings as drilled from which representative samples can be taken and evaluated on a daily basis on site at Majestic’s assay facility. This facility is currently handling about 50 mill process samples each day.

In this way, grade information will be immediately available during the loading cycle allowing lower grade material to be separated from the throughput to the mill and removed as waste. This is particularly crucial at Songjiagou, as visually ore and waste are not discernibly discrete.

The refinement follows an operational review of the Songjiagou project by Paul Blair, a Seattle-based mining engineer with extensive experience in China. The review included a trip to the site to evaluate all aspects of the operation and to make recommendations to enhance overall gold production.

Following Stephen Kenwood’s recent appointment as president of Majestic, he travelled to Songjiagou to meet with Paul Blair and had an opportunity to discuss the various recommendations while on site.

The priority from the review is to implement recommendations that will yield better control of and an increase in the grade of material going to the mill.

While at Songjiagou, Stephen Kenwood also met with mine site personnel and the mining contractor, Yantai Dahedong Processing Co, and was able to discuss the recommendations from the operational review. He reports that Dahedong is supportive of this approach.

The revised mining and milling agreement has been finalized and now reflects Majestic’s responsibility for overall mine design and planning, and allows Majestic to direct the mining activity, including the disposal of waste material.