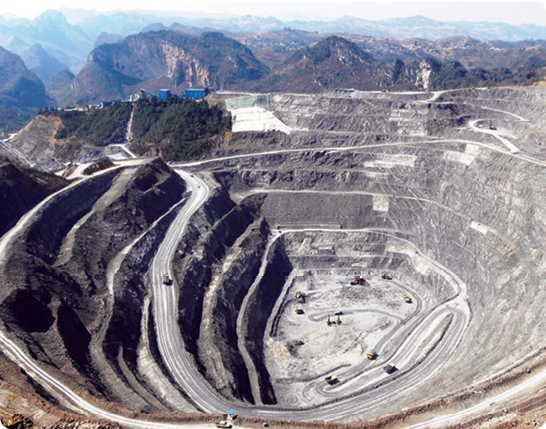 Production at Jinfeng during the second half of 2013 was higher due to higher head grades, recovery and throughput. Production from the open pit reached full capacity during the third quarter and contributed to the improved head grade.

The company plans capital expenditure of around US$35 million at Jinfeng this year. Major capital items are underground development, underground mining equipment, and a tailings dam expansion.

Gold production at White Mountain in 2013 totalled 73,060 ounces at a cash cost of US$705 per ounce. Production in the third quarter of 2013 was higher than in the same period of 2012 as largely as a result of higher head grades. Cash operating costs per ounce decreased due to improved productivity from underground mining operations.

In 2014 White Mountain is expected to process 830,000 tonnes of ore at a grade of 3.4 grams/tonne with the company setting a guidance of 70,000-75,000 ounces. Capital costs will be approximately $25 million, mostly for mine development and underground equipment.

Tanjianshan is expected to process 1.1 million tonnes at a grade of 3.45 grams/tonne in 2014. The bulk of the mill feed will be from existing stockpiles as JLG pit goes into a pushback phase and Eldorado has issued a guidance of 95,000-100,000 ounces. Capital spending is budgeted at $20 million, mainly for capitalized waste and a tailings dam lift.

The Eastern Dragon project remains on care and maintenance pending resolution of permitting issues. Site management has been working with local authorities to maintain local permits and permissions in good standing.