WCB Resources has received an independent NI 43-101 Technical Report covering the Misima Gold-Copper Project in Milne Bay province. The report includes the initial inferred resource estimate for the Umuna Zone of 43.1 million tonnes at grades of 1.1 grams/tonne gold and 6 grams/tonne silver for a contained total of 1.57 million gold ounces and 8.5 million silver ounces. 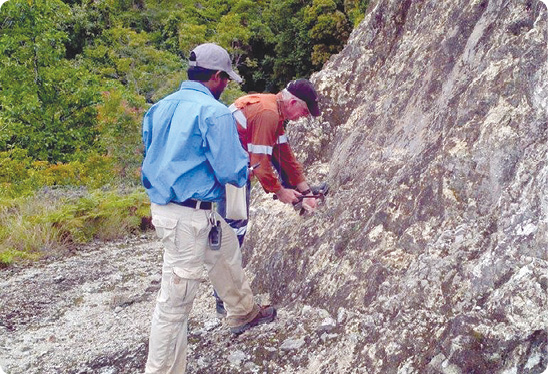 Misima Island has previously demonstrated mineral deposit pedigree through past production of 4 million ounces of gold and 20 million ounces of silver from various operations but most recently the Misima Mine owned by Placer Dome Asia Pacific. This mine ceased open pit production in 2001 and closed in 2004.

The project consists of 53 sub-blocks covering 180sqkm. The exploration licence was targeted due to the presence of a significant high order copper stream sediment anomaly in multiple drainages which has received limited detailed follow-up activity. Furthermore, additional high order gold and silver anomalies, and a molybdenum anomaly have been identified and require follow up detailed work.

Ongoing historical data compilation has identified potential extensions up to 2000 metres to the northwest of the previously mined stage 6 open pit on the Umuna Zone. These extensions were initially identified by WCB’s soil sampling in mid-2012.

Subsequent acquisition of the Misima Mines’ database, which included channel sample data and geological mapping data, when combined with recently completed mapping, has confirmed these anomalies as likely extensions of the previously mined mineralization in the stage 6 pit. Historic mapping completed in 1974 prior to any surface disturbance also suggests these anomalies are extensions of the Umuna Zone.

WCB’s president and CEO Cameron Switzer says, “These results further support our concept that there continues to be significant upside in the Umuna prospect and its potential extensions. We will work to further understand the intervening zone between the limits of the stage 6 pit and this extension area to the north. This data in combination with our recently announced initial inferred mineral resource clearly demonstrate the exploration potential of the Umuna Zone. All three prospects within the project area, the Misima porphyry, the Umuna Zone and the Quartz Mountain area continue to be upgraded with each phase of exploration activity.”