Engineering group Macmahon Holdings has added A$600 million to its order book with the extensions of two of its existing projects in Australia and one in Indonesia. 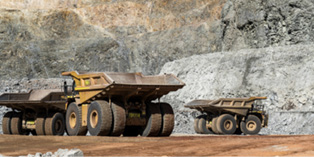 The customers are the Tropicana and Telfer gold operations, both in Western Australia, and the Hu’u copper-gold project in in the Nusa Tenggara Barat Province.

At Tropicana, a joint venture between AngloGold Ashanti Australia (70% and operator) and Regis Resources (30%), Macmahon has been providing mining services since open-cut mining started in July 2012 via an existing life-of-mine alliance contract. The additional work involves the completion of a detailed final cutback study of the mine’s Havana pit as well as a confirmation of the optimal method to mine the deeper ore in the Havana ore body.

Macmahon has received the schedule for the cutback project, which is projected to add 155 million tonnes beginning in 2024. The final cutback will extend the mine life of the open pit by four years, from 2023 to 2027.

At Telfer, owned by Newcrest, it has also received notification of the extension of its life-of-mine contract. The move stems from the miner’s 12 August confirmation that it is planning to proceed with the West Dome Stage 5 cutback.

The plan will extend Macmahon’s work on-site to September 2024.

Finally, at Hu’u in Indonesia, the company received a letter of award to construct an 11-kilometre access road at the site on Sumbawa island. Pending contract documentation, the project is forecast to commence in September 2021.

The Hu’u project is 80% controlled by Vale SA.

“We are pleased to have secured this additional work,” stated Macmahon CEO and Managing Director Michael Finnegan.

“A key highlight is the extension of our long-term alliance contract at Tropicana, which has been a cornerstone of our surface mining business in Western Australia for many years and has recently expanded into underground mining.”