BHP on target for a successful year despite productivity losses


BHP has posted an optimistic outlook for delivering high volumes over the next twelve months, despite recording an almost $US1 billion ($1.42 billion) loss in productivity for the 2019 financial year. 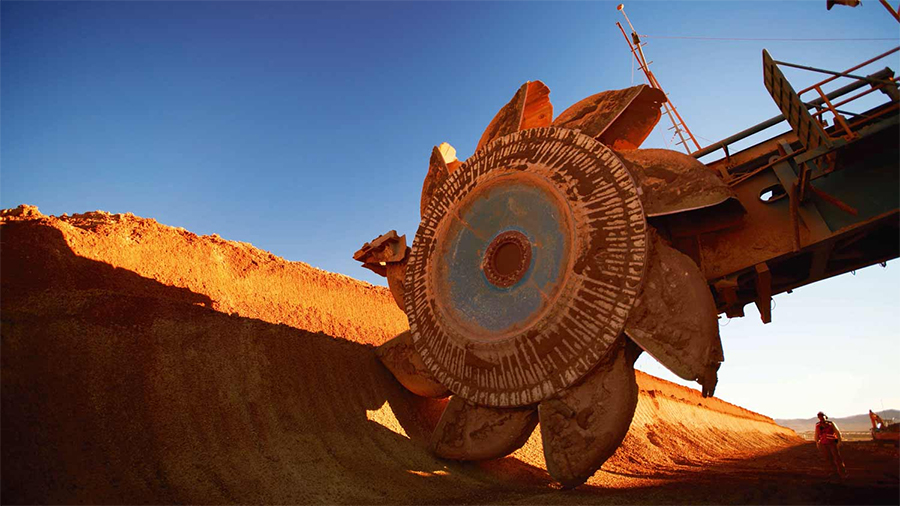 The company announced the news in its operational review for the 2019 fourth quarter.

BHP Chief Executive Officer, Andrew Mackenzie said that BHP had finished the 2019 financial year with an 11 per cent increase in quarterly production, driven by strong operational performances across its portfolio, including annual production records at a number of its petroleum, copper, iron ore and metallurgical coal operations.

“Our overall production was broadly in line with last year, overcoming the impacts of weather, grade and natural field decline, and unplanned outages in the first half,” said Mr Mackenzie.

“Our exploration program delivered encouraging results, with seven out of nine petroleum wells successful and further evaluation of the Oak Dam copper prospect underway. Strong underlying performance puts us in a position to deliver higher volumes in the 2020 financial year. BHP’s suite of attractive options, together with our culture and transformation programs, will grow returns and create long-term financial and social value.”

Underlying improvements in productivity were largely offset by the impact of unplanned production outages of US$835 million during the December 2018 half year. Productivity for the June 2019 half year has been impacted by higher than expected unit costs at Queensland Coal (lower volumes, wet weather and increased contractor stripping costs); New South Wales Energy Coal (higher strip ratio and contractor stripping costs); and Nickel West (mine plan changes); in addition to expected grade decline in copper. This resulted in a negative movement in productivity of approximately US$1 billion for the 2019 financial year, excluding the impact of Tropical Cyclone Veronica on BHP’s WAIO operations.

At 30 June 2019, BHP had 322 kt of outstanding copper sales that were revalued at a weighted average price of US$2.72 per pound. The final price of these sales will be determined in the 2020 financial year.

On 26 June 2019, BHP Western Australia Iron Ore and its Joint Venture Partners (JVPs) settled a dispute with the Western Australian Government in relation to a long-standing deduction made by BHP and its JVPs in the calculation of royalties.

As part of the settlement, BHP and its JVPs have ceased to claim the deduction in question and have agreed to make a payment of A$250 million (100 per cent basis) to the State in resolution of the dispute. The payment will be made in the first half of the 2020 financial year.

BHP is currently reviewing the assumptions used to determine the Group’s provision for the Samarco dam failure, including an expected increase in the total cost estimate related to the timing of lifting the fishing ban, delays in the resettlement of communities impacted by the dam failure and increases in the number of people eligible for financial assistance and compensation.

“For the second half of the 2019 financial year, we are not yet in a position to provide an update to the ongoing potential financial impacts on BHP Billiton Brasil of the Samarco dam failure. Any financial impacts will continue to be treated as an exceptional item,” said the Company in a statement.

Minerals exploration expenditure for the 2019 financial year was US$188 million, of which US$128 million was expensed. Greenfield minerals exploration is predominantly focused on advancing copper targets within Chile, Ecuador, Peru, Canada, South Australia and the South-West United States.

During the June 2019 quarter, the second phase of the drilling program at Oak Dam was progressed, with 12,425 metres in 10 holes. The program tested lateral continuity, thicknesses and orientation of the central part of the mineralised system, with the drill results currently being evaluated and interpreted.

In July 2019, BHP entered into a binding earn-in and joint venture agreement with Luminex for its Tarqui and Tarqui 2 mining concessions in Ecuador. BHP will act as manager and operator of the joint venture company and is preparing to continue exploration activities on the sites.