The PNG Chamber of Mines and Petroleum congratulates the new Prime Minister Honorouble James Marape on his election on 31 My 2019, replacing Honourable Peter O’Neill who has been at the top post for almost eight years. 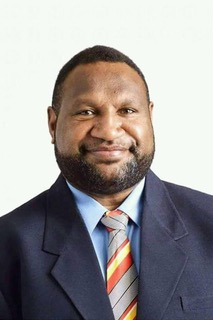 “On behalf of the Chamber, its 200-plus members, and the resource industry which we represent, we congratulate Honourable Marape on his election as PNG’s eightth Prime Minister,” Mr Aopi said.

The Chamber stated that it looked forward to working with Mr Marape on many of the resource industry policies, particularly the long overdue revised Mining Act, the establishment of a Petroleum Resource Authority and re-visiting some of the sector’s taxation reforms.

“Stability on many of the fiscal and regulatory regimes is important to ensure ongoing investment in the sector,” said Mr Aopi.

“We welcome discussions on some of the country’s major projects in the pipeline such as the Wafi Golpu, Frieda River and the Papua LNG projects.”

“The Chamber and the industry would like to thank outgoing Prime Minister Honourable Peter O’Neil for the partnership he has had with the industry and the good work he has done during his term in thelast eight years, particularly promoting investment in the resource sector.”