MAJESTIC China Holdings Corp, a subsidiary of Majestic Gold Corp, has entered into a non-binding Letter of Intent (LoI) with Yantai Baiheng Gold Mining Co Ltd to acquire the Shuang Shan Tun and Xia Yu Cun properties in the Muping-Rushan Gold Belt in Shandong Province. Completion of the acquisition is subject to a 12 month detailed due diligence period. 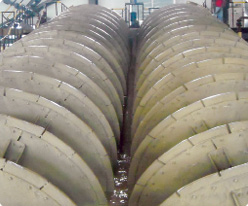 The coarse crush section of the processing plant at Songjiagou Gold Project in Shandong Province.

Majestic announced the LoI on August 12, stating that Majestic China has the option to enter into a definitive agreement for one or both of the properties. During the due diligence, Majestic China will also hold the right of first refusal over any third party proposal similar in nature to those being contemplated.

Shuang Shan Tun and Xia Yu Cun are small tonnage, medium-high grade underground gold projects that have been developed as small-scale producers. Majestic intends to determine the economic viability of larger scale development of either property on a joint venture basis.

Finalization of the joint venture is subject to successful completion of due diligence on exploration and development work completed on the properties to date, completion of a scoping study-level evaluation of the properties, as well as the approval of the TSX Venture Exchange and all other required regulatory, corporate and security holder approvals. During the due diligence and prior to entering into a definitive agreement with Baiheng, Majestic China does not have any obligations to Baiheng.

Majestic’s operating subsidiary Yantai Zhongjia Mining Co Ltd has received final government approval to expand its mining licence at Songjiagou from 0.342sqkm to 0.594sqkm. In advance of this, work at Songjiagou has included development of a second access road in the pit to enable increased haulage of waste to two new waste dump areas that have been acquired in close proximity to the pit.