Fortescue’s decarbonisation journey has taken a major step forward with the delivery of a WAE Technologies battery, ready to be installed in a prototype zero-emission battery electric mining haul truck that the miner is developing with Liebherr. 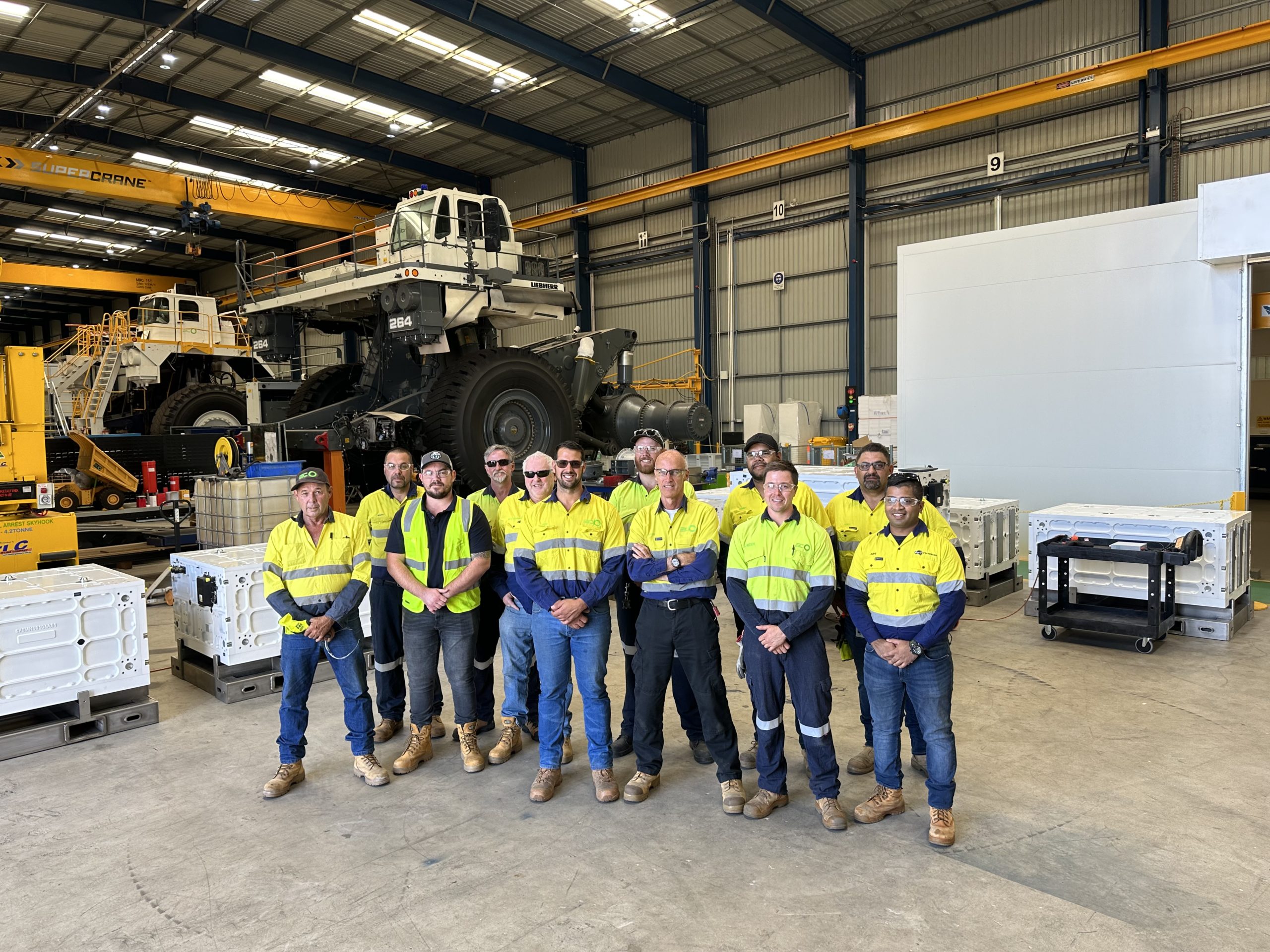 The 1.4-MWh prototype power system sets the pace for ground-breaking innovation in heavy industry, noted Fortescue, and is a bespoke design intended for integration into a 240-tonne mining haul truck. It has the ability to fast-charge in 30 minutes and the capacity to regenerate power as it drives downhill.

The battery will be integral to Fortescue’s US$6.2 billion decarbonisation strategy to help eliminate fossil fuels from its terrestrial iron ore operations, which includes replacing its existing diesel-fuelled fleet with battery electric and green hydrogen-powered haul trucks.

“This system is the first of many technologies that can help enable Fortescue to realise its industry leading 2030 net-zero target. Powered solely by renewable energy, it will help prevent enormous amounts of fossil fuel from being used in the mining industry, with the goal to not compromise the vehicle’s load capacity,” said WAE Technologies CEO Craig Wilson.

“This is an inspiring example of what can be achieved combining Fortescue’s pioneering green energy vision for its global vehicles and WAE’s extensive expertise in advanced batteries.”

The battery will be assembled and installed at Fortescue’s workshop in Perth, Western Australia, before its transported to the Pilbara for testing on site later this year.