After pouring first gold at its Agate Creek gold mine and Georgetown gold processing plant in North Queensland on 9 September, owner Laneway Resources has confirmed a second pour of 10.76 kilograms on 19 Sept. 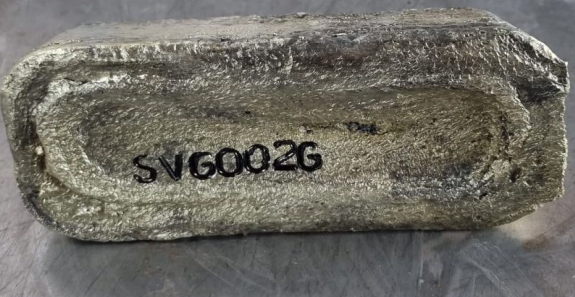 The high-grade ore came from the mine’s Sherwood deposit and was sent through the recently refurbished plant, and the bar has now been sent to the Perth Mint for refining.

“The bullion poured so far has been recovered only from the gravity circuit of the GGPP at this stage - and has delivered 14.66kg of gold doré to date as processing throughput rates and production continue to ramp up during the plant recommissioning phase,” the company noted, adding that it was recovered from the carbon-in-leach (CIL) circuit of the GGPP.

At Agate Creek, since ore began being fed into the plant on 30 August, it has processed a total of 2,478 tonnes of ore. Throughput and production are continuing to ramp up, and night shifts will be added soon.

About 27,500 t of ore grading 8 g/t gold has been mined from the current pit at Sherwood since mining recommenced at the end of June. The final drill and blast programme is set to commence this week.

“Laneway entered into an agreement earlier this year to acquire the Georgetown project and is now in control of all of its own mining and processing operations, from which it anticipates generating material positive cashflow,” executives said.

“With the refurbishment of the GGPP completed in line with expected timeframes, Laneway will now be pouring gold doré on a weekly basis.”