WesTrac Cat and Rio Tinto have met the six-month mark on autonomous haulage systems training at the WesTrac Technology Training Centre in Collie, Western Australia, and have now seen more than 100 Rio employees complete the program. 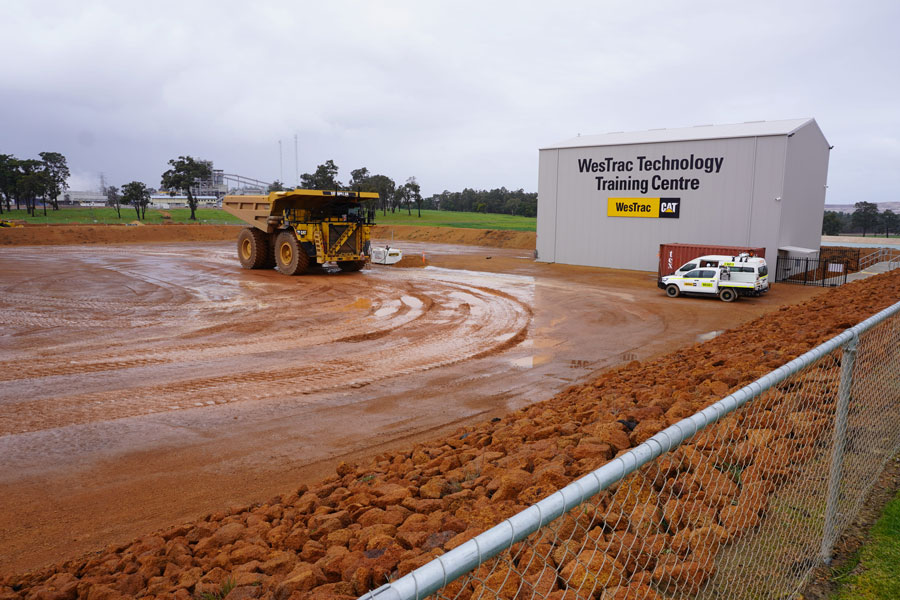 The large group began their training in March and will be taking their skills to the new Gudai-Darri mine in the Pilbara region that is set to ramp up production in early 2022.

Rio Tinto has called the operation the world’s most technologically advanced with automation and autonomous technology in use. The program was tailored, the two companies said, to instruct on fundamental safety at an autonomous site.

For example, the trainees were exposed to the practical components for operating and using manually controlled equipment, such as passenger transport vehicles, within autonomous zones, and WesTrac also will be delivering a maintainer training module that will focus on in-field service operations.

“Before engaging with the Gudai-Darri team, WesTrac had been working with customers to roll out autonomous haulage equipment at mines that were already operating, so it was possible to phase the introduction of the new technology and to train workforces on site in line with that rollout,” WesTrac Technology Training Centre Operations Manager Jeremy Manuel said.

“As Gudai-Darri is a new site, WesTrac worked with Rio Tinto to develop appropriate courses and deliver them at our purpose-built Collie facility, ensuring team members leave the program site-ready.”

Rio Tinto said it will send employees to the Collie facility regularly over the coming years to train new workers and polish the skills of existing employees.