Caterpillar has taken on the issue of haul road dust and its impact on safety and productivity at mine sites with the release of its new Cat 777G Water Solutions truck, which it said can solve the issue with less water use. 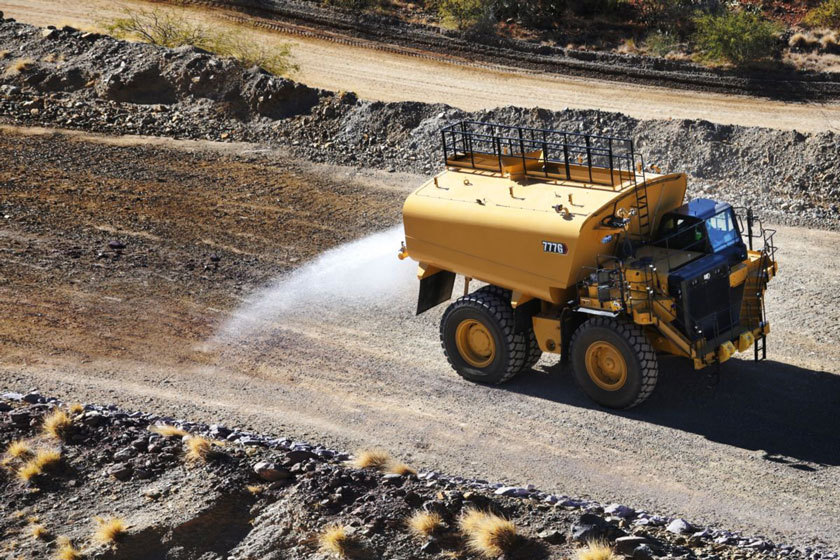 The Cat 777G Water Solutions truck comes standard with an integrated 76,000-litre (20,000-gallon) Cat-branded water tank that has a spray system, splash guards, fill chute and rock ejectors. With the use of its Adaptive Economy Mode of operation, the truck’s engine can use up to 13% less fuel than full power mode; the water cannon operates at engine idle speed, further reducing fuel consumption by up to 50%.

The WDS, which is exclusive to Cat, offers variable water flow based on the truck’s speed and level of visibility. The variable displacement pump automatically starts and stops when the truck slows or comes to a halt, preventing overwatering and subsequent poor traction at road intersections.

It also has a remote tank fill control, complete with auto shut-off, to prevent the machine from overfilling and also enables the operator to remain safely inside the cab during refills.

“The system can provide a range of data to improve fleet productivity, including real-time and historical reporting, truck location and utilisation, fuel and water levels, volume of water distributed, area covered, and rate of water being put down, among other operating metrics,” the company said.

Retrofit kits are available for existing Cat 777G truck platforms in the field.