Oyu Tolgoi partial owner Turquoise Hill Resources has commented on a third-party consulting report reviewing the ballooning costs and timeline for the Mongolian project, confirming it will be seeking clarifications from the authors. 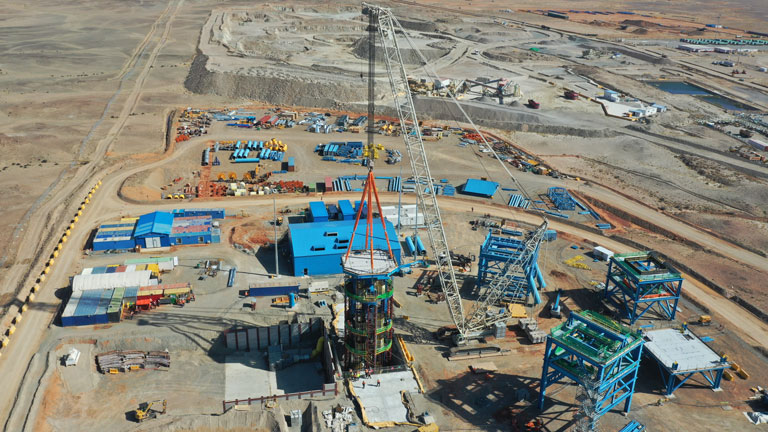 Turquoise Hill, which owns 66% of Oyu Tolgoi, confirmed that a special committee had been formed late last year to investigate the causes of nearly US$1.4 billion cost increases as well as a schedule extension regarding the underground development at the complex. The Independent Consulting Group, or ICG, was hired on behalf of that committee.

Last week, the Wall Street Journal reported that the findings pointed fingers at Rio Tinto, which holds a 50.8% stake in Turquoise Hill, rather than a previously reported cause of unfavorable rock conditions.

Turquoise Hill officials confirmed that ICG submitted its report to the company 3 August, and those findings are now being reviewed by its board and the special committee that retained the group.

“The ICG report raises certain questions in relation to the project management process surrounding the increase in cost and schedule extension and suggests that changes in geotechnical parameters did not contribute significantly thereto,” it said.

“The OT Board and the company are conducting a detailed review of the ICG report and will seek a number of clarifications and supporting detailed explanations for certain of the broad conclusions it contains.”

Rio Tinto has also indicated it is reviewing the report in more detail.

The balance of ownership for Oyu Tolgoi, located in Khanbogd, South Gobi, sits with the Mongolian government.