Austmine bestowed major industry awards to four Australian companies at its recently held Industry Leaders’ Dinner and Awards ceremony, which this year was attended by more than 950 guests. 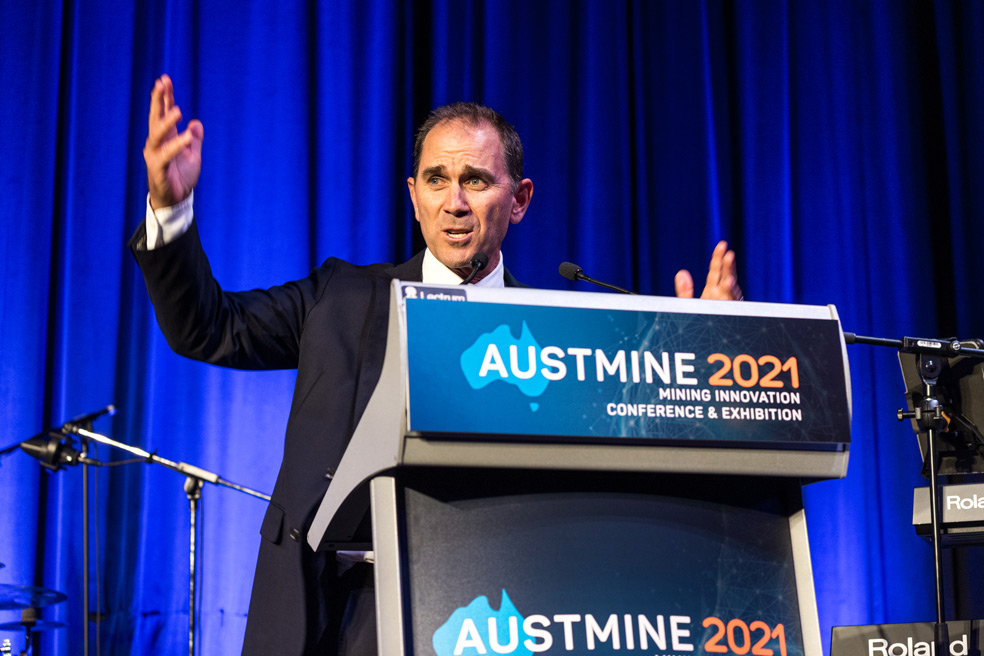 “Dash Maintainer Tools is an IoT hardware and software platform which enables maintenance technicians to undertake diagnostic testing tasks on mobile mining equipment without being within the footprint of the machine, removing them completely from the line of fire,” Austmine noted of the innovation.

“Dash has improved safety by eliminating live work, reduced time to diagnose faults and made maintenance work more accessible for people with different abilities, and will lead to significant productivity and emissions reduction benefits in the future.”

Taking home the Austmine Innovation for METS Award was drone maker Emesent, with finalists including 3ME Technology, Chrysos and PETRA Data Science.

Austmine said Johnson is an Australian innovator who has spent his professional life providing vital services to the global mining industry.

“Bob was a pioneer in the use of computer software for modelling resources and founded Maptek in 1981 to develop mining software that could be operated easily by geologists and mining engineers. Maptek has since become an Australian METS global success story with offices in ten countries.”

The 30th Austmine conference and exhibition was held May 25-27 at the Perth Convention and Exhibition Centre. Austmine 2021’s theme was Harnessing Intelligence.