Equipment manufacturer Liebherr said it will be continuing the growth of its components division and meeting Chinese demand with an expansion of production of capacity for hydraulic cylinders. 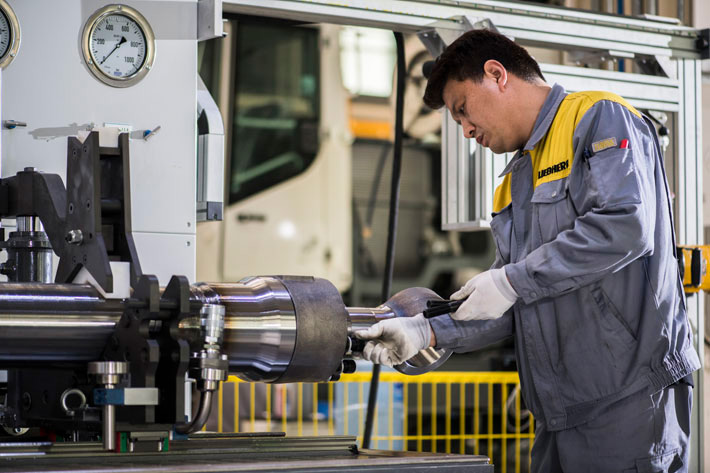 Liebherr, which currently manufactures earthmoving machinery as well as drive components at its Dalian facility in China, has now gotten TÜV certification for the location for its cylinder assembly line. With that certification, the components arm can further expand and ensure that those units destined for the Chinese market will be directly made in Asia.

“Adding to an automatic washing system, part of this assembly line is also a painting system,” the OEM said.

Liebherr’s hydraulic cylinder portfolio for the Chinese market consists of products for both stationary and mobile applications, including plant engineering and construction machinery. Its earthmoving product segment is also producing crawler excavators and wheel loaders for China and other export markets at the same plant.

Liebherr said its assembly for the segment will begin with hydraulic cylinders for its standard 380 bar series-production range for crawler excavators. Locally manufactured components will be used in the wheel loaders produced on-site in the future.

“Both European and Chinese customers are increasingly valuing the importance of local supply for their production companies. The company is therefore pursuing a ‘local for local’ approach in two respects,” the company said. “On the one hand, the hydraulic cylinders assembled in Dalian are destined for the Chinese market. On the other, selected, proven local partners supply the mechanically machined individual components for the cylinders. This means that short delivery times can be assured.”