Mincor Resources has met “a new era” with the opening of its Cassini underground nickel mine, the keystone of its Kambalda operations complex in Western Australia’s Southern Goldfields that will commence production in early 2022. 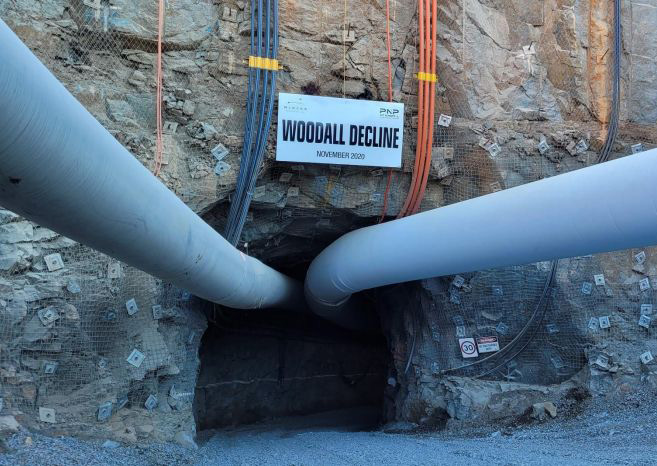 Cassini, located near the town of Kambalda, was officially declared active by the state’s Minister for Mines and Petroleum Bill Johnston during a ceremony that also named the mine’s decline the Woodall Decline.

The milestone has been approximately 18 months in the making, as the miner began its strategy to restart nickel production at the complex in 2019. It subsequently secured a deal with BHP Nickel West for financing, including A$95.6 million in equity capital and a $55 million finance facility.

The next step for the mine is first concentrate, which is on schedule for delivery in the first quarter of next year. Cassini alone, officials said, could contribute 56% of its total nickel during its first half decade of operation.

Mincor has forecasted that the complex’s production will ramp up to about 16,000 tonnes per year from Cassini and the Northern Operations, which is made up of the Durkin North and Long mines.

BHP’s Kambalda nickel concentrator will process the ore and the end product concentrate will be sold to BHP.

“The official opening of the first new nickel sulphide mine in the region in over a decade is a proud moment, and one that signals the start of a new chapter for this world-renowned nickel district,” said Mincor Managing Director David Southam.

Chairman Brett Lambert added: “[This] official opening … marks a key milestone towards realising our vision to resume profitable and sustainable nickel sulphide mining in Kambalda, and to do so in an environmentally responsible and ethical manner that will see this great nickel province return to the forefront of Class-1 nickel production globally – playing a key role in the impending global energy transformation.”

In addition to BHP Nickel West, Mincor’s other partners on the project were Pit N Portal, BNP Paribas and Société Générale.