Tyre maker BKT has introduced a prototype of its new giant tyre – its largest ever, in fact – the 57-inch EARTHMAX SR 468. 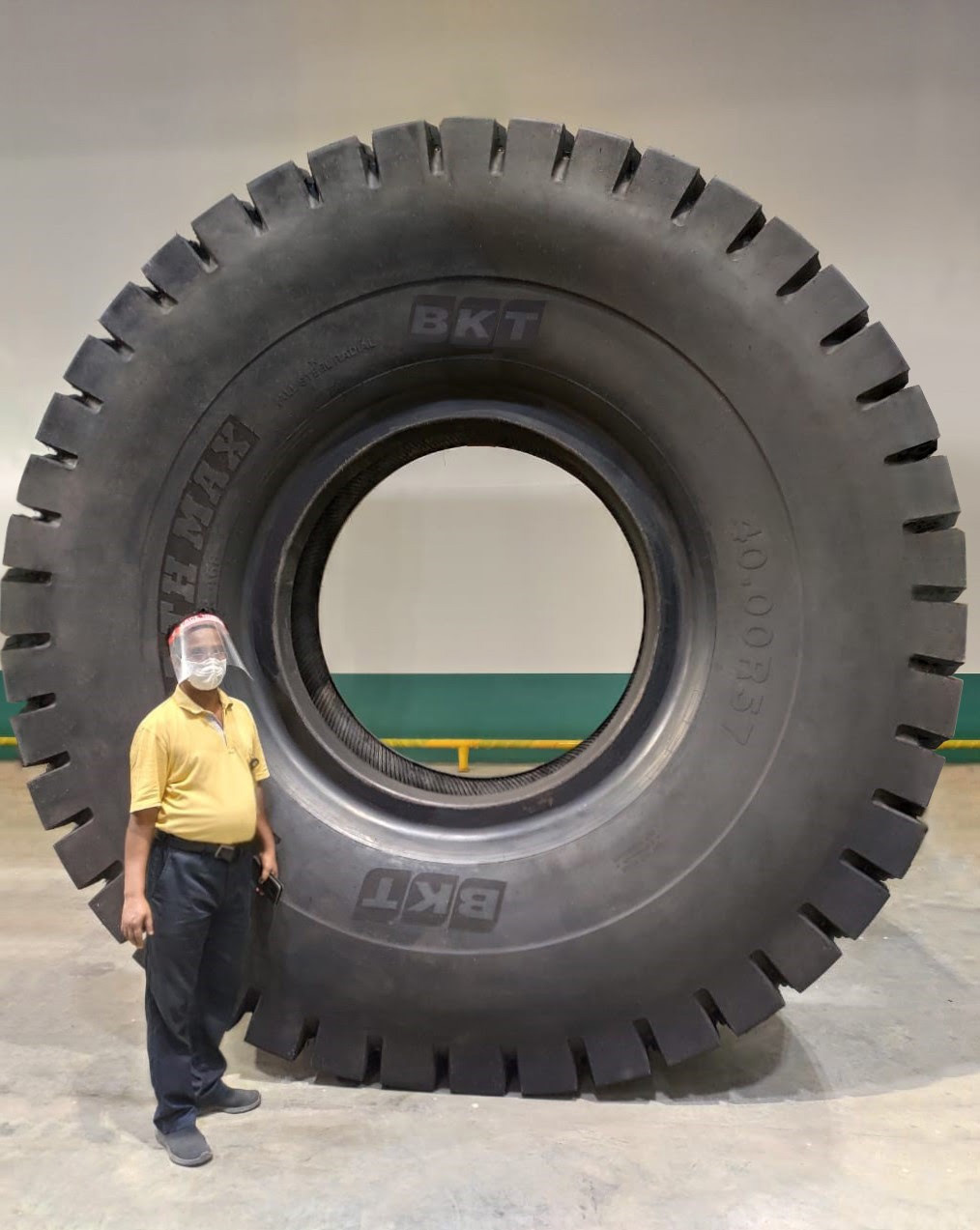 The design, created to be used on rigid dump trucks, is now being engineer tested in a 40.00 R 57 size.

BKT said the machinery to make the tyre was delivered to its India plant in Bhuj in January, though due to the pandemic it was not immediately installed.

After its plant shut down for protection from the virus and later reopened with a safety plan in place, the equipment was installed to make the tyres.

BKT president and director of technology Dilip Vaidya said the prototype will remain in rigorous evaluations until next spring. Once it is happy with the testing, it will officially release the tyre for commercial sale.

The SR 468 will be part of the EARTHMAX family, a range of radial tyres the maker said it ideally used on off-road vehicles. It will come equipped with all-steel structure for greater resistance to the casing and thus against damage.

The company also said its tread design and compound will limit heat.

“The E-4 depth of the tread provides extreme resistance in highly challenging conditions,” it added.