Opportunities for all in South East Asia


SOUTH East Asia is a diverse region which means there is something for everyone in terms of opportunities, particularly in the mining and energy industries, according to a Vietnam-based Austrade senior trade commissioner. 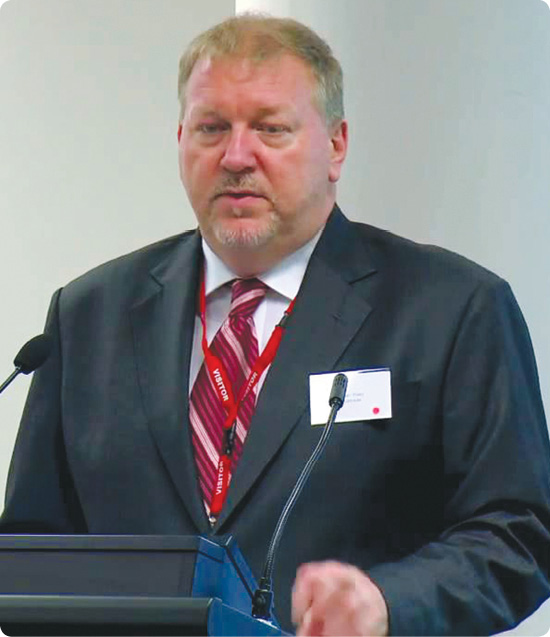 Sean Riley, who is based in Ho Chi Minh City, told a gathering in Brisbane, Australia, recently that throughout the ASEAN region “there are a lot of people doing a lot of things in a way that most economists think is sustainable for a while and moving to the cities to do those things, getting more income and finding more pleasure in energy consuming pastimes. What this means in the region is changing energy dynamics.

“All countries are at different stages of development and therefore require different products and services and differing amounts of expertise to help them progress in the industries they are pursuing and in which they have some natural endowment,” he said.

In terms of mining Indonesia is Australia’s largest METS market due to the sheer size and scale of the production with forward projections showing further growth. Sean Riley said Australian companies and individuals who had worked in Indonesia had developed the skills base necessary to move into somewhere like Vietnam or Myanmar where systems were less developed.

“It has the broadest range of opportunities for Australian companies with human capital development being an interesting area for further opportunity. We will be doing more work in trying to bring through Australian qualifications and training in addition to its goods and services.”

Vietnam has rich mineral reserves which are largely untapped, consistent with other countries in the region. He said: “There are strong cultural sensitivities about foreigners coming in and digging up their product. Much of Vietnam’s industrial system is dominated by state-owned-enterprises, particularly mining, and there has not been much foreign investment.

“We see opportunities in Vietnam in coal supply which is hampered by the lack of port facilities to receive Panamax vessels for coal. There is one for agribusiness use but the owners do not allow its use for minerals or coal. There are also opportunities in consulting and engineering, in underground mining as well as in water management and the environmental side of things.”

The Philippines is also richly endowed with minerals but is also largely untapped. “It has a long history of indecisiveness in relation to mining laws, particularly in relation to how foreign companies can operate, and this has curtailed investment. There are broad opportunities for Australia in mine expansions, supply of equipment, consultancy and services, and maintenance.”

Sean Riley said in terms of the energy industry, Singapore was the most advanced economy and had the region’s biggest petro-chemical processing facilities, which had led to downstream industry in oil rig construction and the like. “Many global players are also present, which means there are opportunities to access the global supply chain. Austrade sees opportunities in the provision of equipment, technology and services into global supply chains, mainly in the oil and gas sector.

“Vietnam is a growth market and more of a frontier when it comes to energy exploration and production. The economy is led heavily by exports, which contribute about 70%, and a lot is from energy exports. However, like other countries in the region it is becoming a buyer of energy due to urbanization as well as industrialization and manufacturing outstripping the capacity to produce energy domestically. Vietnam needs to improve domestic production while also importing energy. There’s an emerging LNG industry centred on Vung Tao to the south of Ho Chi Minh City with resulting development of downstream processing.

“In Vietnam we see opportunities around LNG and gas infrastructure. Queensland is playing a role in this with a port to receive LNG expected to be ready by 2017. Austrade saw Australia playing a continuing role in provision of infrastructure to support this sector,” he said.

“Myanmar is at the other end of the scale to Singapore – a very emerging market. Natural gas is the largest contributor to exports and development of energy is the largest driver of direct foreign investment. There is a lot of global interest in Myanmar, not only in energy and mining but all aspects of economic development. The fact Austrade will be opening an office in Myanmar reflects the interest being shown. In Myanmar, Austrade sees opportunities in gas exploration and production.”

Sean Riley said there were a number of avenues to facilitate Australians assisting in development of the ASEAN region. “A lot of skills you develop in one area of the ASEAN market equip you to work in other areas. Potentially a lot of customers you may service are also active around the region, which means there are natural referral-type strategies facilitating movement from one market to another. There are also a number of events around the region in the mining and oil and gas sectors at which opportunities are presented and at which networking can be initiated or further developed."