Mindoro Resources aims to use Aus$10 million raised in a listing on the Australian Stock Exchange (ASX) and a concurrent private placement to the IFC to advance the Agata Nickel-Cobalt Project in the Surigao district of northern Mindanao, the Philippines.

Mindoro also intends to spend $1.9 million of the funds on nickel exploration target drilling, and $1.3 million on gold and copper exploration at its other Philippines' properties. 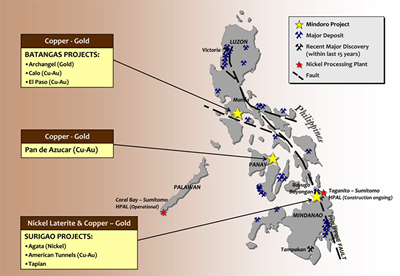 Mindoro has been listed in Canada for 14 years and is now looking to introduce a new set of investors through the ASX listing.

Company president and CEO Jon Dugdale says there have been a number of positive Philippines' stories from Australia such as Medusa, CGA and Indophil that have prepared the ground for Mindoro's secondary listing. "A transition from exploration to mining story plays better in Australia and there is also familiarity with the Philippines and with nickel laterites.

"We also have the advantage of a good network in Australia from the WMC and MPI Mines background as well as our major shareholders, Acorn Capital and Lion Selection Group, being based there."

With this network and these major shareholders there has always been solid interest in Mindoro but Jon Dugdale says, now that the prospectus and IPO are public and the word is getting around, there has been a build up of investor support.

"We also have the Australian-based board members, including myself, vice chairman Howard Walker and non-executive director Chris de Guingand, which has helped with the company's profile. Strong nickel prices and a lively market also help create interest."

Concurrent with the IPO, the company has signed a subscription agreement with the IFC, a member of the World Bank Group, for the purchase of 10 million shares at a price of Can$0.20 for gross proceeds of about Aus$2 million. IFC is the largest development institution focused on the private sector in developing countries. 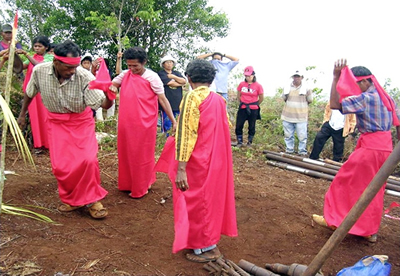 The Surigao regional exploration target is 50-70 million DMT at 0.9-1.1% nickel. The company will undertake further drilling over the next 6-9 months to convert this target to resource.

It will also be fine tuning internal studies into the DSO stage of the project then integrating further work on thermal upgrading to produce a feasibility study for stage 1 to submit to the Philippines MGB for declaration of mining feasibility and other final permitting. Assuming a feasible project and final permitting, this will allow stage 1 to be built and put into production.

"There is insufficient resource for a full scale HPAL and atmospheric leach plant at this stage but the atmospheric leach option, integrated as the next stage after DSO and thermal upgrading, appears to be a viable path to investigate further. So the PFS study will upgrade the work currently at scoping study level whilst we are also growing the resource. 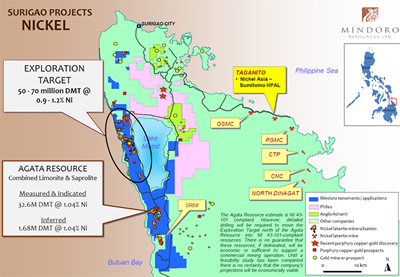 "The PFS is scheduled for completion by mid-2011 leading to either start of stage 1 construction and full scale feasibility into acid leach stage 2, or, should the size of the resource justify it, a bankable feasibility study (BFS) into a large scale HPAL/Atm leach project."

Mindoro is reviewing targets at its gold and copper prospects with the plan to drill test at least Archangel and American Tunnels while drilling is under way at Pan de Azucar in Iloilo Province. Goldfields has plans to test the Lobo gold targets and further test other copper-gold targets under a joint venture where it is earning 75%.

"The $1.3 million we have set aside in use of funds will be carefully targeted using the existing data at these gold and copper-gold targets," Jon Dugdale says.

"Our director of exploration and chief operating officer Tony Climie and I both have independent track records of discovery using targeted programs which reduce the time and cost to discovery, so we will be looking to put those skills into action.

"Down the track, assuming encouraging results, we will look to fund follow-up work either within a larger integrated mining company through cash flow or via other corporate options such as a spin out of the copper-gold company." 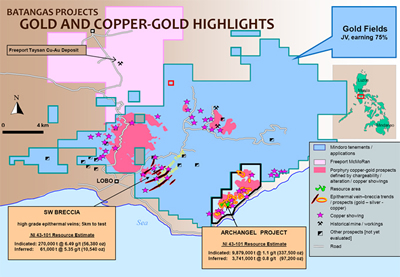 Agata is the major focus and there are several stages to its development, which will keep Mindoro busy for some time.

"We also have established gold resources of 500,000 ounces at Batangas," according to Jon Dugdale, "including 430,000 ounces at Archangel/Kay Tanda in a flat lying oxide zone and a high grade shoot at SW Breccia in the Goldfields joint venture that has upside potential for multiple high-grade shoots. We are, therefore, aiming to substantially increase the size of the gold resource in the Batangas region."

"The Philippines' mining industry has built up a critical mass. New developments such as CGA Mining at Masbate, Sumitomo and Nickel Asia at Coral Bay and Taganito, Medusa at Co-O and TVI Pacific at Canatuan, as well as the future development of the Tampakan project of Xstrata/Indophil, have driven this momentum.

"Coupled with stable mining laws and regulations, and the support of the Aquino Government, the situation has never looked better. However, companies must maintain focus on world's best practice environmental and social policies," Jon Dugdale concludes.
www.mindoro.com