MILITARY DRILLS IN MINE COMMUNICATION 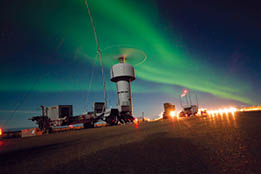 RUNNING an efficient mining operation is comparable to a military campaign, so it makes sense to use similar methods of coordination. In military parlance, C4I stands for command, control, communications, computers and intelligence, and that's a good summary of what Melbourne company Exelis-C4i has been providing since 1989 to clients like the US Army, Navy and Air Force.

At the heart of their technology is internet protocol, or IP, where voice or data are sent over a network in digital packets – similar to the way an online computer can serve up applications like web pages, YouTube videos, Twitter feeds and Skype phone calls.

This does away with the need for dedicated phone lines, allowing real-time updates between all remote sites and head office, as well as integration of radio, closed circuit television, public address and other communication systems.

"In essence, it's not that dissimilar to what defence or public safety requires - the business practices are different but the underlying requirements and technology are quite similar," says Exelis-C4i's managing director Peter Harrison.

The technology has multi-industry applications, and allows organizations in the mining and the oil & gas sectors to greatly improve productivity.
Exelis C4i has systems in operation in the Middle East, Europe, Asia, Americas and Australia.

Their resources sector applications are currently limited to Australia, with systems used in an operation centre in Queensland and in ports and harbour control sites which have been revamped to support the increased shipping traffic as a direct result of the mining boom.