LIGHT AT BOTH ENDS OF THE TUNNEL 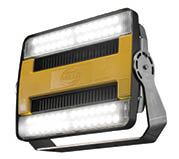 CONDITIONS in mines are exceptionally harsh, both for humans and the equipment they use. Safety is paramount, as lighting manufacturer Hella Australia discovered when they established their Mining Centre of Excellence in Melbourne in 2001.

Light at both ends of the tunnelThe German-based company, best known for its automotive lights, wanted to find out how well its products performed in the mining industry. They chose to base their research centre in Melbourne due to its flourishing mining services industry and stringent safety requirements.

Hella soon found that extremes of shock, vibration and temperature were major factors in the mining environment, often exceeding the range of their custom-built sensors. They also encountered surprisingly high levels of humidity and corrosion, with groundwater having 10 times the salinity of seawater.

An example of Hella Australia's success is found at the Rosebel gold mine in Suriname, South America, where a safety inspection revealed that the area around the drills was dangerously dusty.

The solution was to mount two high-intensity xenon lights on the drill, improving visibility and reducing the risk of accidents.

Hella Mining Target Group's manager Lachlan Scott says, "The research is still ongoing and Hella strives to ensure it keeps the business, and its clients, ahead of any changes discovered to ensure our products hold up in the worst circumstances." 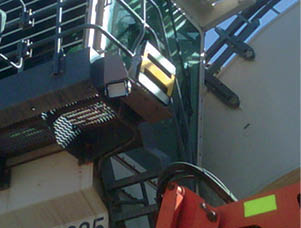