Reports from prominent industry groups reveal what the future may have in store for copper.

In the meeting of the Statistical Committee, the ICSG view of the world balance of refined copper production and use was developed. After three years of stagnation, world copper mine production increased 2.4% last year with higher growth of about 5% expected in both 2022 and 2023:

The “Copper Market – Growth, Trends, and Forecast (2020 - 2025)” report has been added to ResearchAndMarkets.com’s offering. The market for copper is expected to grow at a CAGR of more than 6% globally during the forecast period, according to the report.

Copper is the third most-consumed metal in the world and is also known as a highly electrically conductive material. The electronics segment has a strong relationship with copper and copper is being used for many applications because of its properties.

Many companies have shifted to copper by replacing aluminum in producing robots internal parts, high-speed computers, home appliances, and telecommunication applications. The growth of these segments in developing economies has increased the demand for copper in recent times.

But, the impact of COVID-19 resulted in lockdown in industrial activities across the globe. Due to this, the production of electronics has been stopped temporarily in many countries. Also, the mining of metals, including copper has slowed down in 2020. These reasons are expected to decrease the demand for copper in short term.

Asia-Pacific is expected to dominate the global market owing to the highly developed construction and power generation sectors in China, coupled with the continuous investments done in the region to advancements in the telecommunication, electronics sector through the years. 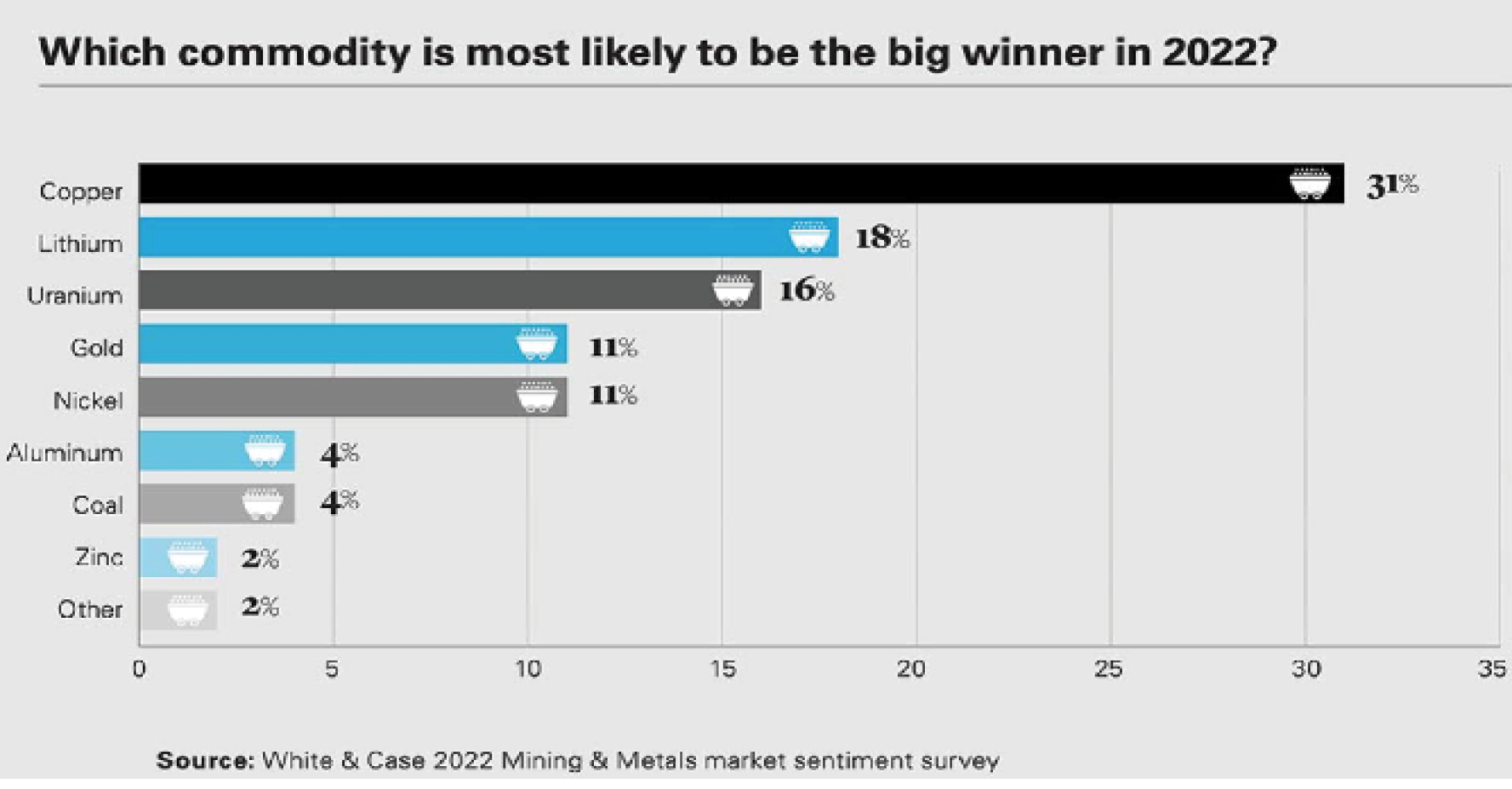 According to a report from the International Bank for Reconstruction and Development/World Bank, copper prices reached an all-time nominal high of $10,845/mt in early March. Prices have been buoyed by low inventories and solid demand in China and advanced economies stemming from robust durable goods consumption. The copper market has been affected by water shortages in Chile and labor disputes in Peru. Copper prices are projected to increase by 8% in 2022 as constraints in Chile and Peru persist, and as one of China’s major smelters is facing credit issues. Prices are expected to ease in 2023, however, as new projects come online, including in Chile, the Democratic Republic of Congo, Mongolia, and Peru.

Upside risks to the outlook include further supply disruptions in Russia, while a more severe slowdown in global growth poses the greatest downside risk. In the longer term, copper will increasingly benefit from growing demand in the renewable (mainly photovoltaics) and electric vehicle (EV) sectors, as well as related grid and recharging infrastructure. In particular, the decision by European countries to reduce their dependence on Russian natural gas could increase copper consumption if it causes them to accelerate investment in renewable energy. 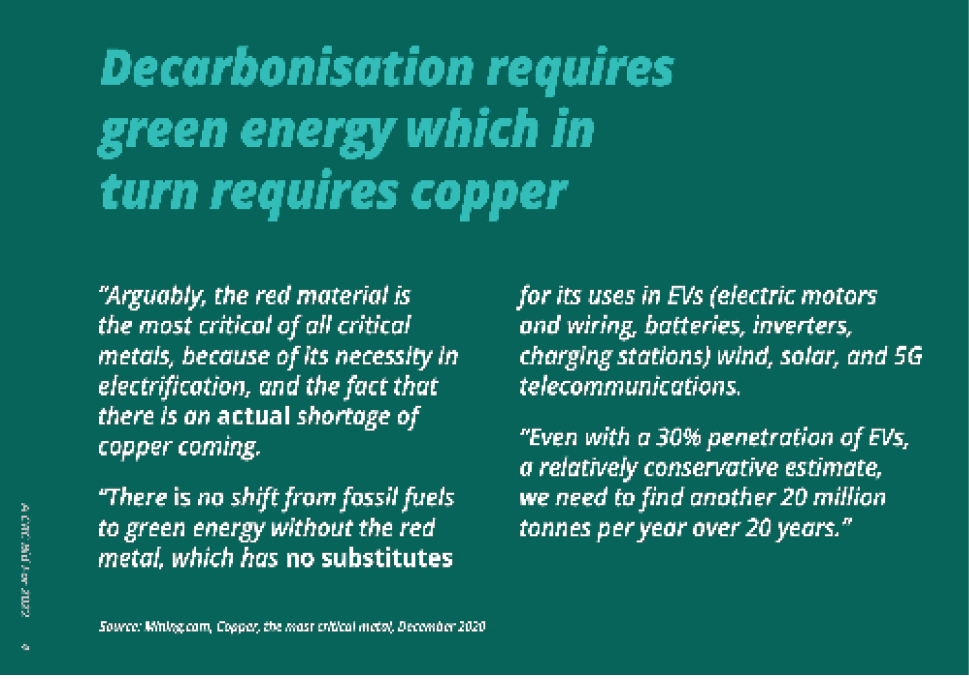 The International Wrought Copper Council (IWCC) has completed its six-monthly review of the copper market and has finalised its forecasts for copper supply and demand.

Copper producer Austral Resources Australia Ltd. announced that the first Anthill copper cathode has been produced, successfully completing an intensive mine development and plant commissioning since listing eight months ago. This paves the way for Austral to meet its stated objective of producing copper cathode at a rate of 10,000 tpa from mid-2022.

This production milestone is of huge significance for Austral. It concludes an intensive eight-month period where the Anthill Mine was developed from a bare paddock into a fully integrated mine and the Mt. Kelly plant was refurbished and commissioned.

The most important aspect is that the operation is de-risked and comfortably ramping-up to design capacity of 10,000-tpa cathode. With that comes increased sales revenue and cashflow.

Exploration and development activities are being scaled up to discover and deliver new copper ore. The MIM JV is a significant step to increasing exploration efforts – with a seasoned regional explorer that has operated in the district for decades.