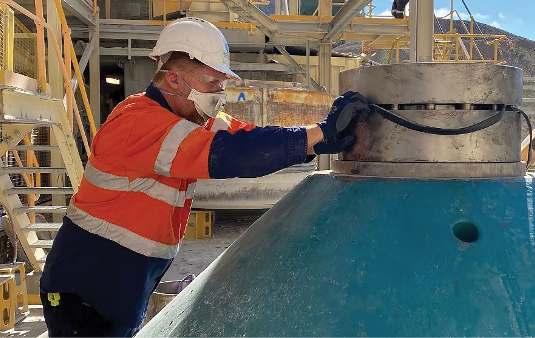 Whether above or below ground, technological advances pave the way for greater productivity and streamlined operations. Here are some products that fit the bill.

Hundreds of sensors the size of a milk bottle will be buried across Australia to help scientists better understand what lies beneath the Earth’s surface.

The project stems from the passive seismic deployments initiated by the Australian National University in the 1990s, co-founded by Auscope, and has been supported by the Exploring for the Future program since 2016.

Geoscience Australia’s Senior Science Advisor to the Exploring for the Future program, Dr. Karol Czarnota, said from April to June 2022, scientists will deploy sensors at up to 186 sites across the country.

These sensors will gather data for more than a year, which will be used to develop a three-dimensional model of Australia’s sub-surface geology across the whole continent, Czarnota said.

“These sensors measure the small natural vibrations that travel through the Earth, which can be caused by earthquakes thousands of kilometres away, waves breaking on the shore, or even the wind,” Czarnota said.

“By working out the speed of this seismic wave, we can build a picture of the distribution of different rock types beneath the surface, from depths of a few metres to hundreds of kilometres.

”With help from our partners in the state and Northern Territory geological surveys and academia, we are burying these sensors – which are about the size of a 2-litre milk bottle – on a 200-kilometre spaced grid across the country.

“This survey will be the first to cover an entire continent at once at this spacing. This is significant because it gives us the big picture about Australia’s geology, from a perspective we have never been able to view it from before.”

Past AusArray surveys have covered smaller areas of the continent at 50-kilometre grid spacing, Czarnota explained.

“For example, from 2016 to 2020, the Exploring for the Future program supported deployment of AusArray instruments at more than 200 sites across the Northern Territory and Queensland on a 50-kilometre spaced grid,” Czarnota said.

“The results from this deployment revealed new subsurface features that helped explain the geological evolution of northern Australia, revealed a new basin and provided explorers with new insights into the potential for discovering new mineral and energy resources.

“Data from 50-kilometre spaced AusArray deployments also allowed for better characterisation of Australian earthquakes, which is improving our natural hazard modelling and make our communities safer.”

The data from the 200 kilometre-spaced deployment will support the development of a general geological framework of Australia, which can then be used by researchers to identify areas for closer examination.

Exploring for the Future is an Australian government program, led by Geoscience Australia, which is transforming the national picture of Australia’s geology. 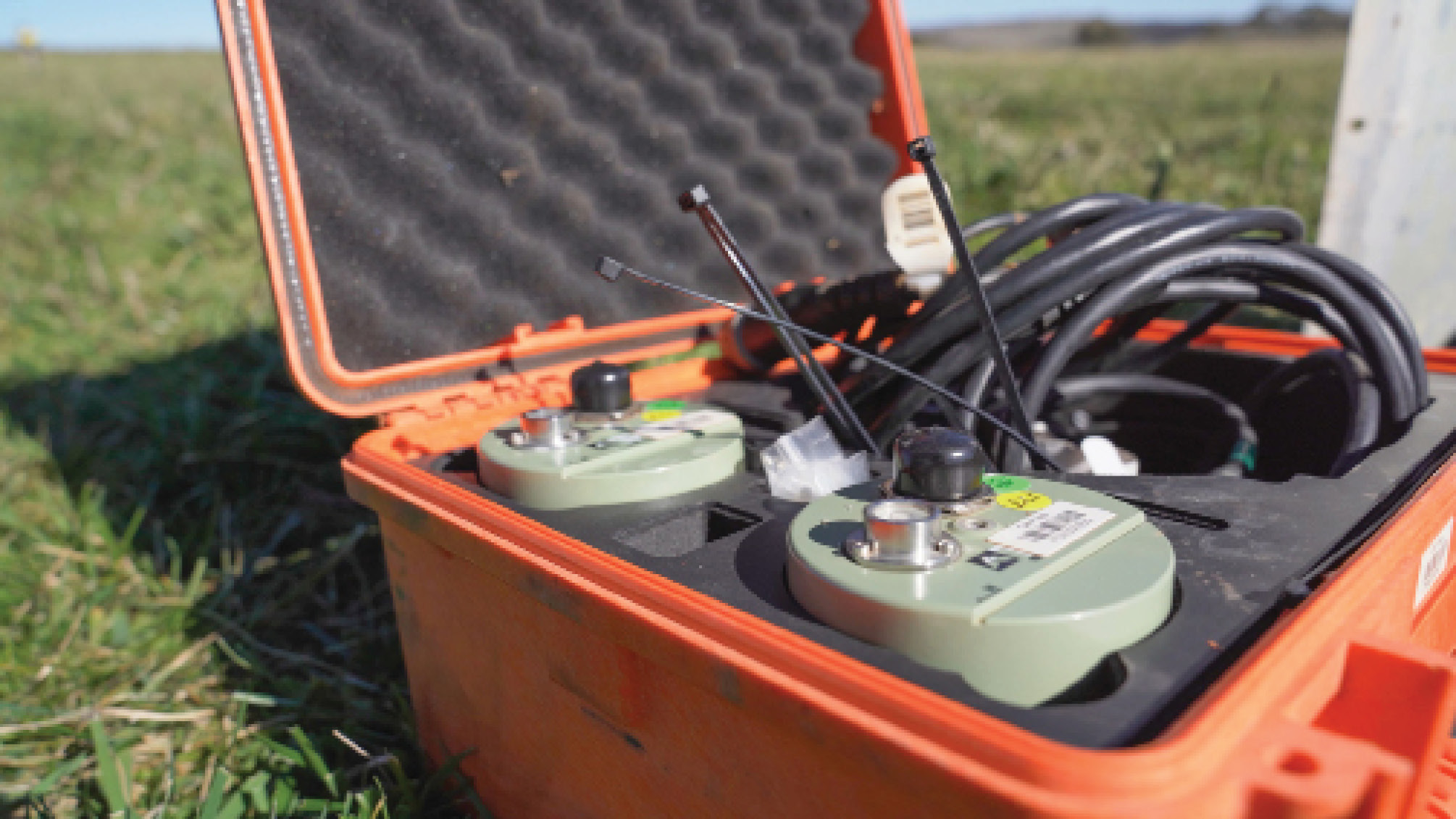 Gyratory crushers handle some of the toughest ore and materials, and are therefore subject to rapid deterioration from abrasion, which means their internal wearing components need to be replaced regularly.

In order to change the mantle, which can happen as frequently as every 10 days in harsher environments, the retaining “head nut” has to be unfastened to allow removal of the worn component – a process previously done in a time-consuming and potentially hazardous way.

“The mantles are usually secured with standard nuts, which are often installed with hydraulic jacking hammers or flogging spanners and removed by oxy cutting the burn ring below the nut to release the excessive force, which generally builds up during operation of the crusher,” explained Technofast Technical Solutions Manager Matt Blundell.

“This method is not only physically demanding, but the cutting of the burn ring can be hazardous and requires replacement after each use. Additionally, bolt load cannot be measured accurately,” he said.

To address the issues mining and quarrying operations were having with crusher mantle and liner changes, Technofast developed its EziTite Hydraulic Head Nut, which has received an Australian Manufacturing Growth Centre grant, to commercialise the technology in Australia.

The EziTite Hydraulic Head Nut provides precise clamping forces generated by hydraulic pressure acting on a constrained area within the assembly. It is fitted with multiple in-built locking screws to retain these tensile loads after the hydraulic pressure is released.

“The old method used to take five or six personnel approximately five hours to complete the mantle change, which is a big chunk of downtime. With the EziTite Head Nut in place, the same job can be done in under an hour, with only two or three personnel. It really adds up when you consider that when they aren’t crushing, they aren’t making money,” said Blundell.

The EziTite Head Nut is tightened using hydraulic force supplied through a pump, which means minimal physical effort is required and extremely accurate and even bolt loads can be achieved.

A maintenance supervisor for a the gold mine that implemented the Technofast EziTite Head Nut technology commented on its safety and time-saving features. “The EziTite Head Nut has made the job a lot easier labour-wise, faster, and also has eliminated any OH&S concerns by getting away from using our jacking ram for the installation of Head Nuts. Using a hydraulic pump to achieve the load is also a no-brainer,” he said.

“The EziTite Head Nut reduces machine downtime and increases operational safety for workers. It is designed to work with all major brands of gyratory crusher, and the protective cover can be customised to suit the abrasiveness of the material being crushed,” said Blundell. 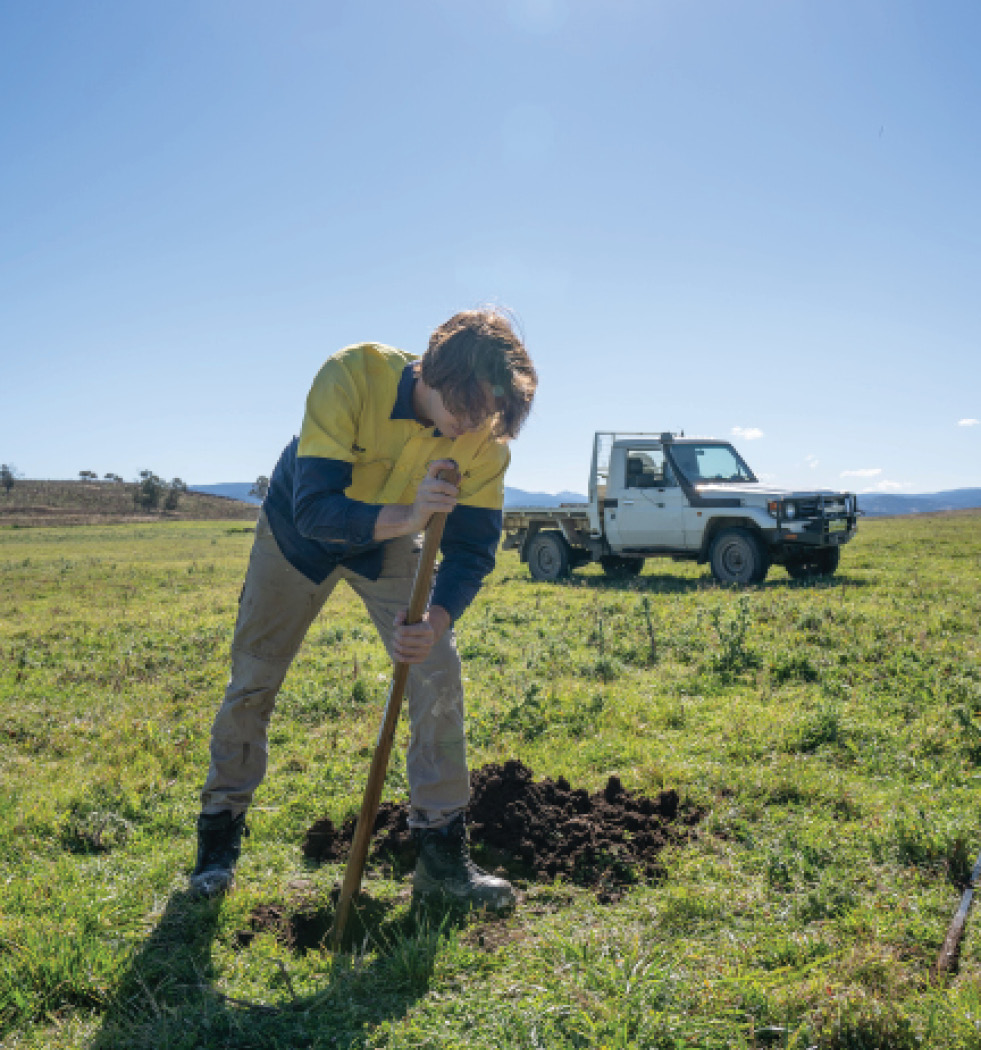 Underground mines, descending sometimes kilometres below the surface, present some of the biggest workplace safety and efficiency challenges because of the depths operators have to go to in order to obtain coal and minerals

This is particularly the case when mining for gold, uranium, copper and zinc, which among them account for 10 of the world’s deepest mines, all between 3 to 4-km deep.

Underground coal mines, while not so spectacularly deep, are still numerous and widespread, with underground mining globally accounting for a bigger share of world coal production than opencast, according to the World Coal Association. Underground mines are found throughout countries with the world’s major coal reserves, including the United States of America, Russia, Australia, China and India, which among them have reserves of about 800 billion tons primarily for power generation and steelmaking.

“Mines are massive workplaces which are constantly on the lookout for safer, better, and more efficient ways to operate,” said global hydraulic fastener specialist, John Bucknell.

“Particularly in underground mines, the duty of care for safety is magnified even further – and the deeper you go, the more difficult and confined it is to get down to fix things quickly if equipment is not reliable and productive, said Bucknell, who is founder and CEO of Technofast Industries. Technofast produces rugged and quickly actuated precision bolt tensioning systems for demanding global uses, including mining and quarrying, power generation, tunnelling, manufacturing, and construction tasks including tower stays. The fasteners are so efficient and swift in operation in hazardous and hot spaces that they are used in nuclear energy plants and for vital turbine applications over a wide range of industry.

Bucknell said the EziTite hydraulic nut is ideal for tensioning all of the studs on a flange, joint, or cover, simultaneously loading 100% of the fasteners at once. This gives an extremely accurate even load onto the flange/joint, enhancing safety and speed of operation, which is vital when production must be maintained in a competitive market, while also enhancing safety.

“Another big advantage of hydraulic nuts is that the installations are non-spark.,” he said. “Coal mines, especially, don’t allow the use of methods which might generate sparks and ignite methane seeps or coal dust. This eliminates methods such as hammering, unless you have a beryllium copper sledgehammer, which still does no overcome fatigue hazard and being too slow and imprecise where a series of fasteners require even pressure across a series of nuts or bolts.”

An example of their products’ value in an underground mine is provided by a colliery in the Blackwater region of Queensland, one of the world’s major coal producing locations. There, custom-fabricated M42 EziTite hydraulic bolts were installed to secure an ABM continuous miner cutter head to its boom to solve a problem of their continuously vibrating loose during operation. Originally, the M42 socket head cap screws were tightened individually by torque multiplier.

The issues experience with the old fastening method included:

“The feedback we got from operations staff confirmed that the hydraulic bolts not only cut the time needed to bolt the head to the boom, but also allowed for increased machine uptime because the bolts were no longer coming loose. In world markets where coal prices are subject to major fluctuations in price and demand, this is a considerable asset,” said Bucknell.

EziTite Hydraulic Nuts and Bolts are rapidly applied by being placed installed on bolt studs then hydraulically actuated, stretching the bolt to the precise tension required and then locking it in place mechanically with a locking device. The reverse procedure permits equally rapid disassembly when it is eventually required for maintenance of both sub-surface and surface mining equipment, such as the cutter heads of longwall miners. 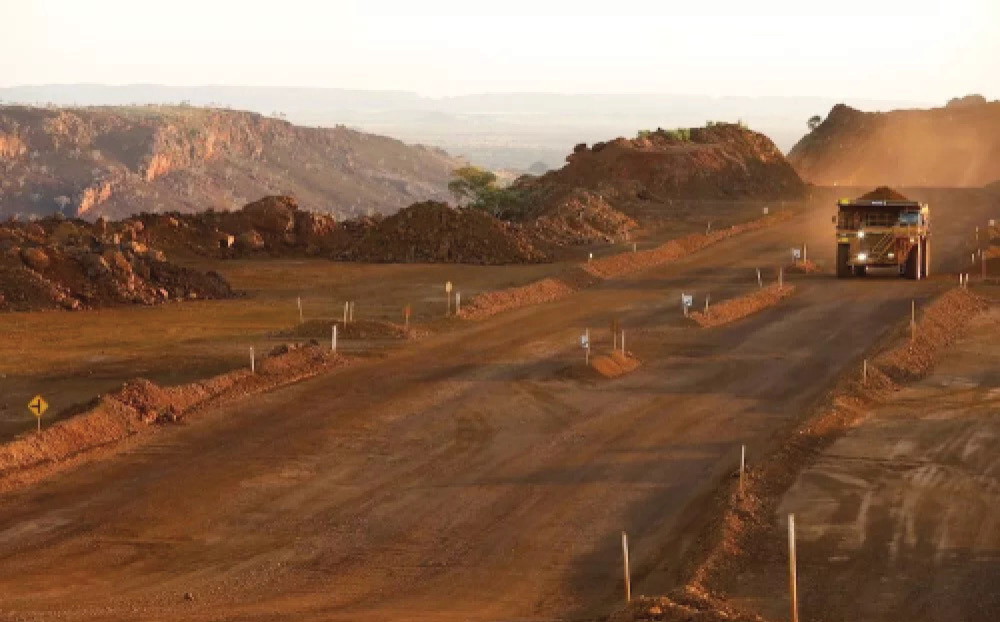 GRT: Haul-Loc dust control systems have been designed to work alongside autonomous haul and water trucks to manage dust effectively while helping to maintain haul roads.

“It achieves this by reducing what the industry calls ‘slow’ or ‘stop’ events where the self-driving vehicles are impacted by deteriorating road conditions caused by a variety of factors including slippage (overwatering) and dust pollution that impacts motion sensors and other instruments that direct the vehicles,” the company said, noting that this hinders the ability for autonomous units to navigate the road.

GRT General Manager Daniel Grundy added that the GRT: Haul-Loc system was created to be a serviced hardware and product solution that offers less downtime when humans are not required to be in an area.

“However, the key challenge is that these ‘tools’ require optimum conditions to operate effectively and even the slightest obstacles, whether it’s dust pollution or road slippage, will impede their ability to function.

“The reality is that mining sites are impacted by a range of environmental and physical factors … this is where our SMART Dosing Unit coupled with GRT: Haul-Loc comes in, as it is designed to address the challenges that autonomous haul trucks (AHT) encounter.”

Some core issues addressed by GRT: Haul-Loc include reducing the need for water trucks or graders to be in the vicinity of AHTs, which in turn reduces potential vehicle-on-vehicle accidents. AHTs are not impacted by loss of traction, as soil subsistence is lowered, and road gradients maintained.