CURRENT TRENDS IN THE MINING INDUSTRY.

The demand for higher purity industrial minerals continues to grow as new applications are released throughout the world. What does this mean to the producers of industrial minerals who proudly produce their products, but find that the production run from yesterday will no longer suffice?

Companies that do not want to get left behind must drive technological advances to produce newer, more state-of-the art equipment. Equipment advancements give companies the keys to unlock doors to new applications in changing markets. 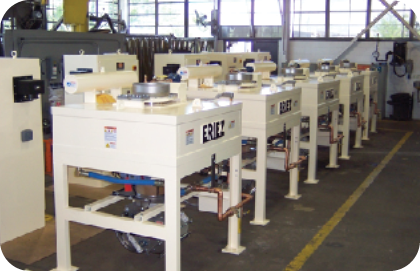 Trunnion magnet systems are magnetic separators that are installed at the discharge of a ball mill. These magnets’ main objective is to remove ball chips and worn out balls from the milling circuit. It is a simple concept that requires a short stainless-steel barrel and a permanent magnet around it covering an arc length of about 200 degrees on unidirectional mills.

There is also a longer arc option for bidirectional ball mills. The magnetic arc induces a magnetic field into specially designed cleats inside the barrel which attract the ferromagnetic worn balls and chips as the slurry discharges from the mill.

As the barrel rotates with the mill, the magnetic material is carried up to the end of the magnetic element. At this point, gravity takes over and the magnetic fraction is collected on a chute and diverted away from the mill discharge. Trunnion magnets can be used on most ore with the exception of ferromagnetic ores such us magnetite or monoclinic pyrrhotite.

Why is a trunnion magnet so important to a milling circuit? Unless worn out balls and chips (scats) are magnetically removed, those hard pieces of metal remain in the circuit until they are milled into a fine metallic powder and eventually make it to the concentrators (flotation, gravity or magnetic). Knowing this, the real question becomes, why spend so much energy milling the milling media? Ball mills are designed to mill ore and can do that very effectively when trunnion magnets are utilised.

The trunnion magnet has undergone a series of improvements in recent years. Below is a list of highlights. 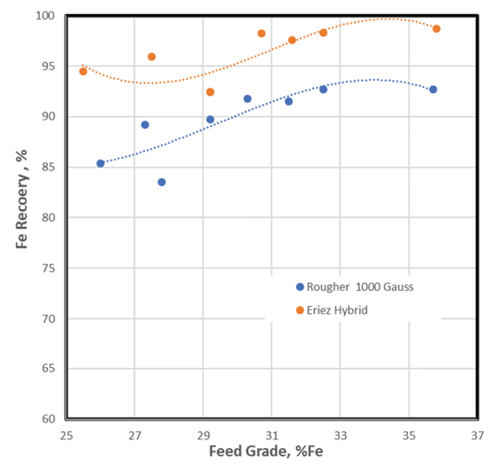 Wet drums (low intensity magnetic separators/medium intensity magnetic separators) are extensively used in mining. Whether it is iron ore concentration or recovery of magnetite in heavy media circuits, there are countless applications that require a solid design for metallurgical and mechanical performance. Even though significant improvements on wet drums took place during the 1990s and early 2000s, we continue to see further improvement in reliability and features on this product category.

Eriez developed a hybrid magnetic element with one objective in mind: improve iron recovery in the rougher stage of magnetite concentration. Comparative tests performed at an iron ore plant proved iron recovery performance, as illustrated in the graph below. The comparison was performed on self-leveling CDA wet drums that were 48-in. diameter by 125-in. wide with a 1000 gauss interpole magnetic element versus the hybrid element. It should be noted the hybrid element develops peaks of ~3500 to 4000 gauss, as opposed to 2100 gauss on the 1000 gauss interpole element. 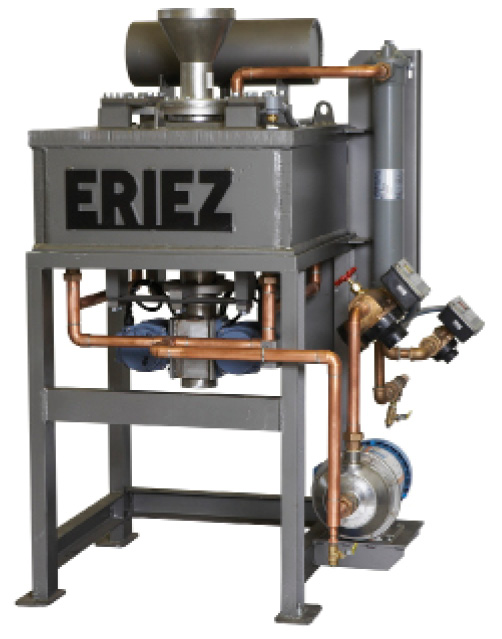 The dry vibrating magnetic filter (DVFM) is a unique piece of equipment for processing very dry fine industrial minerals and materials requiring an extremely high level of purity. High level of purity in this case means a very low level of metallic impurities.

The lithium industry is one of the industries that benefits from the power of the matrix type separator, which uses not only a strong background magnetic field but the magnification of the field with in the matrix to capture very fine magnetic particulates that no other piece of equipment can capture. Some of the contamination of lithium compounds is in a form single digit micron ferrous particles or weakly magnetic materials, such as wear and tear of 304 stainless steel. These are easily collected in the matrix while the lithium compounds flow through the matrix.

Consider that producers of lithium carbonate 10 years ago would seek contamination levels of 200 ppm of metal or less. Current market demand is for lithium carbonate with less than 50 ppb. There are no pieces of equipment that can purify this ultra-fine powder more effectively than the DVMF.

The 5000 gauss DVMF consists of a solenoid clad type of electromagnet where there is a vibrating canister through the open bore. The coils are driven quite hard and generate a substantial amount of heat that requires dissipation through the surface of the electromagnet and force cooling. 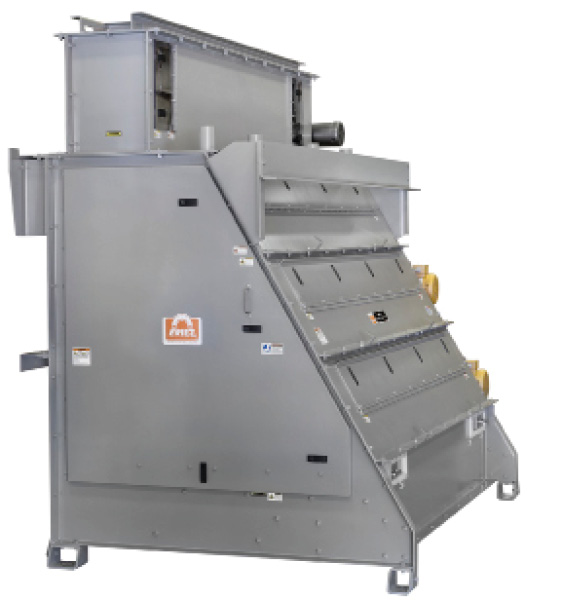 Rare earth roll separators effectively replaced the induced magnetic roll separators (IMR) because of the equipment’s simple and compact design and low power consumption. Its performance was as good as or better than that of the IMR.

The early models were manufactured with Samarium Cobalt Rare Earth magnets and the maximum roll width at the time was 40-in. (1-m) wide. Those units evolved into the 60 in. (1.5 m) and Eriez is now pleased to announce the development of an 80-in. (2-m) wide RE Roll is near.

The 80-in. wide RE Roll is completely redesigned to bring the RE rolls to current engineering design standards. The housing has been simplified by making it “bolt-on” construction as compared to the conventional welded construction.

The cantilever assembly has been redesigned with fewer components and a more rugged design. Bearing replacement has been simplified so operators do not struggle with the weight of a magnetic roll that will stick to any metallic part on the machine and nearby area.

The belt tracking mechanism has been simplified to make the belt replacement procedure even faster than the previous models, but the Kevlar belts are still the longest lasting belts for that unit. Belts with diagonal splices as well as finger splices are also available.