Rocscience and GroundProbe have launched a deep collaboration between their industry-leading software systems, to provide greater value to the global geotechnical community. 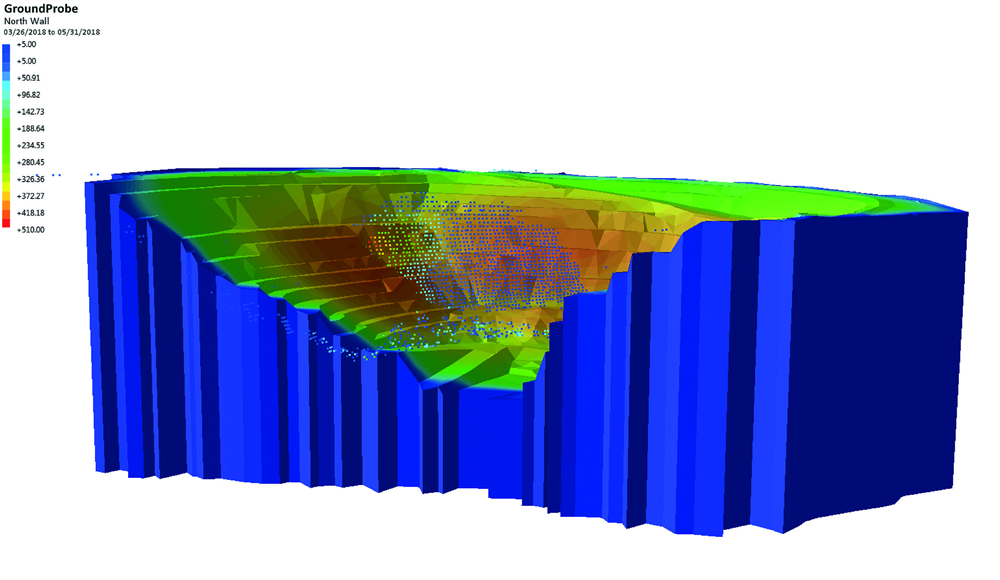 As part of Rocscience’s new release of their slope stability programmes, Slide3 and RS3, deformation output from any of GroundProbe’s Slope Stability Radars or lasers systems can be imported into the programmes.

This data can then be automatically visualised with the geotechnical model, inclusive of Factor of Safety heatmaps and Probability of Failure models.

Users of GroundProbe’s SSR Viewer software will be able to import Slide3’s 3D failure model as a layer, allowing the model to be overlayed with real-time deformation data, in addition with the Factor of Safety maps.

“This is an innovative step and industry first, with the exchange of data being two-ways between the systems,” said Lachlan Campbell, GroundProbe’s VP Marketing and Innovation.

“A user could verify their geotechnical model assumptions with the radar data overlaid in Slide3, whilst another could be using the geotechnical model in a real-time monitoring system to see the spatial changes in deformation over time.”

As announced by Rocscience, the partnership between GroundProbe and themselves will benefit both companies as well as the wider geotechnical engineer community by allowing for the readily accessible exchange of data between software platforms.

Rocscience went on to state that the collaboration between companies and software systems will enable geotechnical engineers to analyse and solve problems more effectively by allowing for the direct comparison of modelling and monitoring data on a single display.

With Slide3, users can calculate failures in any direction without the need for defining the direction in advance, increasing efficiency in modelling and analysis.

SSR-Viewer is the common software across all GroundProbe monitoring solutions.

It processes the complex data that our systems collect and makes it easily understood, allowing its users to view movement, understand when it becomes a problem and predict the time of failure.

The partnership between the two companies, and the integration between their software packages, gives geotechnical engineers around the globe the most sophisticated of slope stability analysis tools.