By Robert Milbourne and Anthony Nolan, of K&L Gates

FROM its peak in 2011 to the beginning of 2016, the global mining sector experienced a wrenching 90% reduction in global market capitalization, accelerating with the rapid fall in commodity prices in the past year. The losses now rival what the IMF has reported lost in financial institutions during the Subprime crisis.

Has the collapse of the global mining industry already resulted in a ‘sub-mine’ crisis of global economic importance similar to the 2008 ‘subprime’ crisis? If so, have the global economic repercussions been felt already, or is it possible that further consequences are about to come? 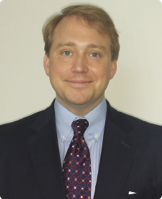 The collapse has already led to severe consequences for hedge funds, private equity and other sources of institutional investment that have lost large sums. Banks and other institutions that financed major resources related infrastructure – ports, rail, ships, power stations, may be severely exposed. Mines once developed with hundreds of millions of dollars in capital are now being shuttered, or sold for a dollar. Losses and commercial defaults are now beginning to flow from mines through the supply chain of rail, port, power, and refineries, smelters and steel mills, presenting a potential cascade of financial ruin not yet fully realized.

In tandem with a mining sector in free-fall, crude is trading at under US$30 a barrel, deepening the global resources sector recession.

Employment in the sector has collapsed along with commodity prices. For example, Anglo American is reducing its workforce by 85,000 employees. Lost employment will have severe consequential impacts on local communities. Government revenues of commodity-rich countries are experiencing the sting that comes from the ‘resource curse’, and sovereign bonds issued by such countries may now be rapidly downgraded as a result.

Low commodity and energy prices can benefit the global economy by reducing costs but when global commodities are trading at or less than the cost of production, a downward spiral of deflation can spread through the system, deepening financial stress on entities and individuals with high debt levels. Resource rich economies are more likely to see their currencies devalue rapidly – exacerbating foreign repayment of debt denominated in US Dollars.

The free-fall in commodity prices is straining the financial system as hedge positions are unwound and lending institutions’ balance sheets weaken. Increasingly interconnected derivatives markets - in Australia and abroad - might magnify the economic effects and create a contagion of instability. This has overtones of the role derivatives played in the last global recession. The ‘subprime crisis’ began in the United States housing market in late 2007 but rapidly morphed into the Global Financial Crisis, in part because over-the-counter derivatives markets fostered unperceived financial interrelationships that upset stability in financial markets around the world.

An energy and commodity recession may prove to be the first global test of the effectiveness of the efforts that have been made since 2008 to create more transparency, better regulation and ultimately improved financial stability mechanisms in world financial markets. It appears unlikely that derivatives will play the same destabilizing role they did then, partly because their role in physical commodity markets differs from that in credit markets before 2008 and partly because the derivatives regulatory framework is much more robust today than it was in 2008. Policymakers and market participants around the world are focused on whether the new regulatory framework has effectively restricted concentrations of risks in certain funds or institutions that may have taken extreme plays on Australia’s mining and energy risk. They also are anxious to learn whether the regulatory responses to date have indeed ended the phenomenon of ‘too big to fail’ or whether new sources of instability have been created in the form of central clearing houses.

It has been said never let a crisis go to waste. In that spirit, what might be done to soften the blow?

Changes to government tax and royalty policies might enable marginal operations to remain in operation – saving employment and the supply chains dependent on such operations – but this would risk interfering with basic supply and demand forces, and slowing the market correction. Until the market shuts down over-supply, regulators should hold on tight, and get a steel eye on understanding and addressing the consequences of a US$1.5 trillion loss in value in the mining and metals sectors.

Critical priorities for policymakers may include a new round of stress-tests for resources exposed institutions and redoubled investigations into intermediary exposure. Resources participants across the board should rethink counterparty risk, and review their contractual and financial arrangements in light of possible cascading counterparty defaults.

The world does not function without mineral resources, and the market will eventually return to some form of profitability to ensure production continues. Until the sun comes out again we must prepare for rainy days ahead.