The sociology of Industrial Ecology and mining

The sociology of Industrial Ecology applied to the mining industry: notions now about change to come. 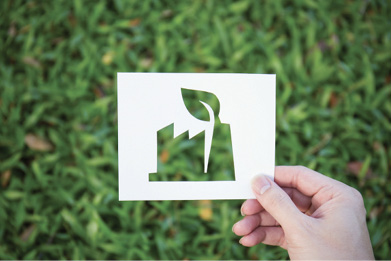 The articles so far in this series on industrial ecology (IE) applied to mining have touched on some of the core elements in the field. They have outlined the principles and concepts of IE and illustrated how its tools and strategies could address current issues. One way or another, many of those issues – such as acid rock drainage or adapting to the digital revolution – will eventually be resolved by technology. Other issues, however, arise predominantly from human relationships with one another. These are more appropriately addresses from a sociological perspective than a technological one.

Until the beginning of the 21st Century, the emphasis in IE research has been mostly technical: refining the principles, the concepts and developing tools, such as life cycle analysis and footprint analysis. Typically, consultants use these tools to provide the information required by their clients. Experts can also be engaged to advise on corporate environmental policies and strategies like industrial symbiosis or eco-industrial development.

Management of IE processes, corporate relations with society at large and similar issues had not been widely addressed in the context of IE. By the time researchers had settled into the 21st Century, it was realised that these factors are crucial to achieving sustainable development. Accordingly, sociological studies from the perspective of IE began to emerge. They now constitute a major area of interest, both academically and in practice.

It is moot whether the sociology of IE has yielded any original discoveries yet but studies focused, for example, on collaboration, corporate triple bottom line and social license to operate have contributed to a body of knowledge, which is progressively transforming ‘business as usual’.

CHANGING THE FACE OF MINING

A report by Deloitte published in March 20181 perceives a mining industry that must change substantially in the foreseeable future from business as usual. Industrial ecology will inevitably contribute broadly to that process. Several aspects of the industry mentioned in Deloitte’s report suggest areas in which the sociology of IE is particularly relevant and could have a strong bearing in practice. One challenge for the industry, as cited in the report, will be water management. According to Deloitte, “as concerns about water availability grow, mining companies must find more innovative ways to reduce, reuse, and recycle water” as well as “contain and treat wastewater to prevent spillage or contamination of downstream water flows”.

In the context of innovation, the report suggests a different, though equally significant, challenge of mining companies being disinclined to collaborate with each other “because of concerns about maintaining a competitive advantage and protecting intellectual property”.

Different again are the burgeoning, increasingly complicated challenges relating to engagement with stakeholders where the mining industry “must adapt new approaches to the communities in which they operate and greater environmental protection”.

Developing innovative uses of water will likely be a complex, predominantly technical pursuit, especially, for example, on the scale of a tailings dam. Such projects almost certainly require more management resources and probably different skills than those engaged in ‘business as usual’.

Three topics in the sociology of IE relate particularly to such challenges: trust; collaboration and approaches to innovation. While they attract considerable academic interest, they do also have a significant bearing on practice.

Innovation occurs in myriad forms but from an IE perspective, the most influential determinant of success is a really competent, dedicated project champion. Such an incumbent needs the skills to perform many different tasks. She or he must enthusiastically advocate the benefits of the project and have a good-humoured temperament for ceaseless, vigorous effort.

In the sociology of IE, almost every case study involving a project champion emphasises the indispensability of the role, as do a plethora of books on business management generally. The ‘take-home’ message is undoubtedly that any sort of innovation, irrespective of whether it is essentially technical or social, must have a champion to drive the project, but more crucially, to rescue it when it falls over.

A project champion need not necessarily be an individual person. The role could be performed by a ‘collective body’, such as a committee or a corporation. There are advantages and disadvantages to both types of arrangement.

A ‘collective body’ might be more appropriate than an individual for large-scale, long-term projects, such as developing an eco-industrial park, which need continuity of ‘championship’ beyond the capacity of an individual person. Conversely, changing corporate ethos, engaging with external stakeholders or disrupting ‘business as usual’ would likely be achieved best by an individual.

Another observation worth making is that it might be more satisfactory to engage appropriate capabilities from outside a mining corporation than to deploy an existing employee, who may not have the necessary skills, attributes or inclination.

An enduring mantra throughout theoretical IE is collaboration. The proposition is that organisations must collaborate to make the most beneficial use of resources and because modern developments are so large and so complicated that no organisation can undertake them alone.

Collaboration in normal business practice implies parties acting together, for example in a joint venture, to achieve mutual objectives.

IE is typically not like this. The relationships are more likely to be cooperative or normal commercial trading than collaborative. For example, a government regulating authority would likely not collaborate on a project, as a co-contributor, say, of financial resources but might co-operate with the project champion on obtaining permits. Trial facilities and other resources are typically obtained by contract or informal agreement with suppliers, which would not, as such, be regarded as collaboration.

Trust figures prominently in the literature as an essential feature of IE relationships. Although the term is seldom defined, it seems that most people have some, almost intuitive, idea of what it means.

Trust connotes dependability – a sense of others being in accord with one’s own perspective on life and therefore be expected to act accordingly. Whatever the word implies in real life, it invariable relates to inter-personal relationships, which are almost entirely conducted on the basis of mutual understanding rather than any sort of formal contract. A notion of trust, however, has emerged from case studies in which academics have construed trust to be a fundamental prerequisite for corporate participation in IE projects.

Consequently, trust has become another enduring mantra of IE – in theory. This assertion can be refuted on the grounds that, in practice, corporations routinely do business on the basis of a formal, written agreement. A supply contract, for example, or less formally, a memorandum of understanding are normal, entirely acceptable substitutes for trust in a business context.

If Deloitte’s prognosis for mining is anywhere near accurate, social factors will be at least as influential as any technical considerations. There may come a time during the evolution of artificial intelligence when no humans need apply for a role. Until then, the capacity to competently manage innovation and corporate change will assuredly be a critical factor.

Of all the insights to emerge from the sociology of IE so far, the notion of a project champion seems unequivocally the most useful.