New JV to build Cloncurry mine 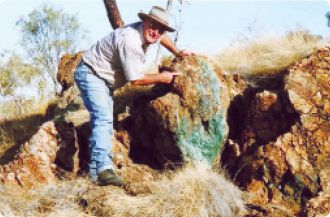 The parties intend to develop a 7 million tonne per annum open-pit mine and flotation plant capable of annually producing 39,000 tonnes of copper and 17,000 ounces of gold over an initial mine life of 11 years.

Since executing a framework agreement in June 2015 SRIG has completed extensive due diligence including diamond drilling, metallurgical testwork and technical, legal and financial reviews. The positive outcome of the due diligence has allowed the parties to finalise the relevant agreements.

Roseby Copper will own the project and have US$238.53 million in cash at closing which equates to A$329 million. The cash exceeds the previous estimate for capital costs of A$294 million, including A$18 million contingency. It is expected that the ultimate capital costs will be materially lower given the current depressed market for mining construction.

Altona will be the manager of the JV for three months from establishment of the JV after which time Roseby will have in place its own management. Altona will undertake this function on a commercial basis.

“The project is significant for Queensland bringing approximately 300 construction jobs and when in production it will sustain approximately 280 new direct jobs.”

SRIG has more than 20,000 employees, was established in 2009, is based in Chengdu in southwest China and is owned by the Sichuan provincial government. Its principal businesses are in the road, bridge and rail construction and management sectors. SRIG signalled its intention to diversify into mining with the recent purchase for US$78.3 million of a 60% interest in a copper development project in Eritrea.