THE preliminary feasibility study for a nickel matte smelter at the Ban Phuc Nickel-Copper Project of Asian Mineral Resources (AMR) is nearing completion and results are expected shortly. The smelter is expected to significantly enhance the economics of Ban Phuc by reducing export tariffs from 20% on nickel concentrate to 5% on nickel matte. 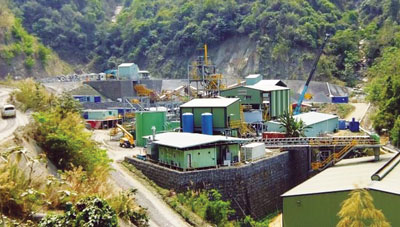 Meanwhile, in early January the second lift on the tailings dam remained on track at 78% complete, 9% ahead of planned volumes. Final completion is scheduled for the second quarter. This lift will provide sufficient storage capacity for the remaining life of mine.

Three product shipments were completed in the quarter in line with expectations, for a total of 22,948 tonnes dry concentrate. The average realized nickel price for the quarter was US$7.09 per pound. In 2014 AMR sold 71,195 tonnes of dry concentrate.

CEO Evan Spencer says, “We are extremely pleased with performance for the quarter and for 2014 as a whole. The ramp-up is complete and has resulted in record production and sales. With robust plant performance and cost management, AMR is generating solid and consistent levels of cash flow, from which it will be able to focus on the continued growth of the company as the leading nickel platform in the region.”