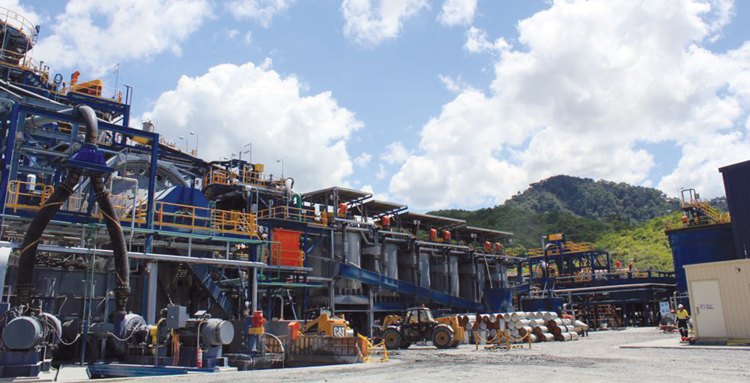 UNDERGROUND development at OceanaGold’s Didipio Gold Project will be brought forward by a year and will now commence in the first quarter of 2015. This decision follows an optimization study which delivered positive outcomes and identified significant value from the existing operation and ore body.

This is expected to bring access to high grade ore forward by two years with the first underground production now expected to be in the third quarter of 2017 with full ramp-up to an annual mining rate of 1.6 million tonnes by 2020.

Other outcomes of the study, which was expected to be finalized early during the current quarter with completion of an updated NI 43-101 technical report, include:

The underground crown pillar will now be established at RL2460, about 80 metres higher than in the original plan thus allowing for two active production areas in the underground resulting in an increase of the mining productivity rate to 1.6 million tonnes and a reduction in the cut-off grade. Additionally, the detailed study along with a comprehensive infill drill program during the last 12 months has resulted in the expansion of the underground by 170 metres deeper than originally planned to RL2010.

As a result of OceanaGold’s increased understanding and confidence in the geotechnical attributes of the mine, the open pit has been redesigned with a reduced Stage 6 pit shell resulting in the elimination of nearly 70 million tonnes of waste over the life of mine.

OceanaGold’s managing director and CEO Mick Wilkes says, “With nearly 18 months of commercial operations, we have identified significant value from the Didipio mine that will be unlocked through increased metal production; improved operating cash flows; as well as a significant reduction in waste mined combined with earlier access to higher grade underground ore.

“Commencing the underground operation earlier than originally planned enables faster access to high grade ore that resides in the underground reserves. It also allows us to carry out further exploration at depth where we believe high grade mineralization continues below the extent of current drilling.”