MMG Limited subsidiary MMG LXML Sepon, which operates the Sepon Copper Project in Savannakhet province, has completed a restructure to ensure it will continue to deliver strong returns. The outcome resulted in the reduction of 360 Lao positions and more than 60 expatriate technical advisory positions with more than 30% of the expatriate workforce reduced. 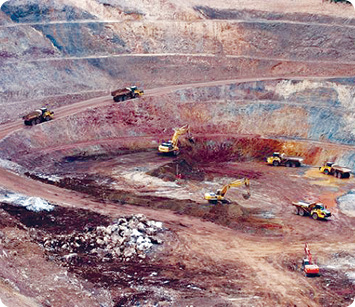 MMG says the changes were made to enhance the capacity of the Lao workforce as well as improving efficiency and competitiveness to meet international economic conditions.

“LXML Sepon is one of the largest employers in Lao PDR and invests considerable resources in training Lao nationals. We are proud of our achievements in developing the next generation of Lao professionals in cooperation with government,” says Sepon general manager Rick Watsford.

“We visited surrounding villages to ensure the reasons for the restructure were well understood. LXML has made every effort to limit the impact on families and the local community, including mitigating loss of income through several enhanced development programs in Vilabouly District. We acknowledge the importance of Sepon to local families and the community, and are making these changes now to ensure Sepon can continue to grow.”

Gold production ceased in December 2013 due to depleting ore reserves and lower margins, and the plant was placed in care and maintenance, however copper production has expanded. Sepon achieved an annual production record of 90,030 tonnes of copper cathode in 2013, exceeding guidance of 83,000-88,000 tonnes. Despite lower annual recoveries Sepon exceeded annual nameplate capacity of 80,000 tonnes due to improvements in efficiencies and productivity. The company expects to produce 88,000-93,000 tonnes of copper cathode at Sepon in 2014. The mine is owned by MMG and the Lao Government is a 10% shareholder. Revenue has contributed significantly to progress, economic growth and development in the country.

LXML Sepon has contributed more than US$1 billion in direct revenue in taxes and royalties to the government since the mine commenced operations in 2003, and is one of the largest and most significant investors and taxpayers in the country. Sepon is also widely acknowledged as a leader in maintaining standards of environmental excellence.

Following the restructure, LXML Sepon introduced many new and enhanced community development initiatives to assist the community with employment and improved livelihoods. These include an expanded village development and poverty alleviation fund, agriculture projects, and a ‘Millennium Education’ project designed to encourage school participation.

As an important development partner, LXML Sepon has invested millions of dollars in local communities to support health, education, infrastructure, and other programs, including a child nutrition project in cooperation with the Lao Ministry of Health and UNICEF.