CHINA Gold International Resources Co plans to increase the annual production rate at its Jiama Copper-Polymetallic Project in Tibet Autonomous Region by more than 900% as part of a phase II expansion. An independent feasibility study carried out for the expansion has provided positive results and the company expects the phase II plant capacity to come online in two stages in 2015 and 2016. 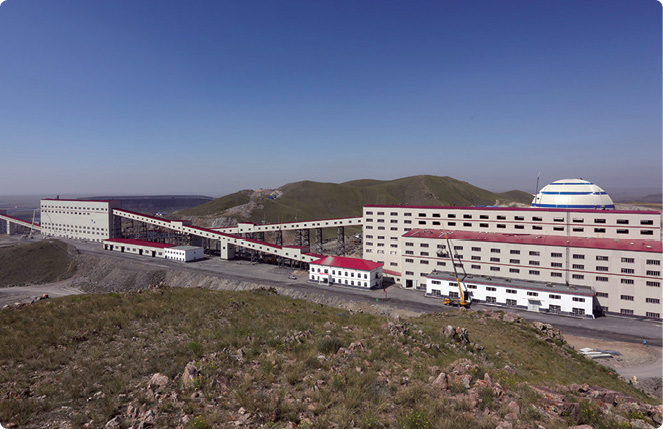 The 30,000 tonnes/day crushing system at the Jiama project in Tibet Autonomous Region.

Phase I of the project commenced commercial production in September 2010 and included development of the Tongqianshan and Niumatang open pits. These pits annually produce 1.8 million tonnes of run-of-mine ore. The ore from these mines is processed via two processing plants with a combined daily processing capacity of 6000 tonnes of ore.

Jiama is a large-scale polymetallic deposit about 68km east-northeast of Lhasa, the capital city of Tibet Autonomous Region, along the Sichuan-Tibet Highway within the Gangdise Copper Metallogeny Belt in Central Tibet.

China Gold International Resources CEO Dr Xin Song says, “We are very pleased with the results of this study and the long-term outlook for this strategic asset.”