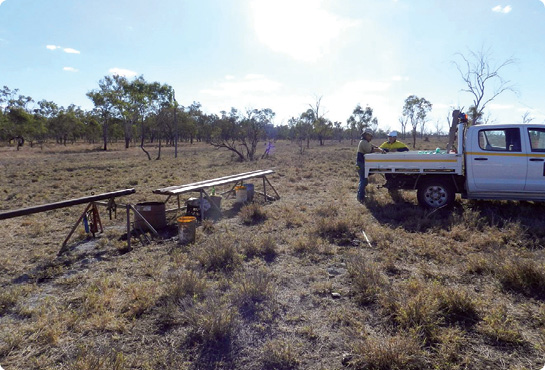 The report is based on data compiled following Liberty drilling in August last year as well as a recently completed program. Most of the drilling within the tenement has been restricted to shallow depths. There were 48 holes with acceptable lithology logs used in the modelling. The target for various coal seams in the Vermont and Fort Coopers coal measures excludes the area covered by the pre-existing Rio tenement.

Liberty says further interpretation will be aimed at enabling an initial JORC-compliant mineral resource estimate. The report concluded that further testing is likely to confirm exploration target results could be within the quality range indicated. The 10.5% ash product after washing compares favourably with most Queensland coking coals.

Liberty’s proposed drill campaigns for 2014 are aimed at confirming overall tonnage and selecting areas of focus with greater economic value; providing samples for coal quality assessment of the Moranbah Coal Measures; and generating JORC Code resource estimates in the most prospective areas. Further drilling will test the underlying Moranbah Coal Measures which are not included in the target estimation.

Liberty considers the report to be encouraging, particularly as the target occurs close to a bulk railway connected to port. This location improves the overall economic potential when compared to other deposits further away from such infrastructure.

Liberty is collecting additional raw sample in order to conduct preliminary drop shatter test work and wet tumble breakage testing to assess the liberation of coal from different size fractions. This will provide basic data for a cost‐benefit analysis on grind size versus liberation.

Drop shatter and wet tumble is a universally accepted breakage technique which is now applied as the base line standard method for developing realistic dry and wet size envelopes for plant design. The procedure has been shown to indicate the breakage processes applied in routine coal studies and is utilized by all of the major wash plant design companies.

Liberty is focused on the coking coal potential that the Bowen Basin is renowned for. The exploration tenement covers an area of about 29sqkm of which 14sqkm is unencumbered and remaining 15sqkm is covered by a mining lease held by Rio Tinto.