PT BUKIT Asam (Persero) Tbk is a major coal producer in Sumatra and despite volatile market conditions in 2013 is planning to increase its capital expenditure in 2014. A company representative told the Sumatra Miner Prelude that the company plans to increase coal production, provide further infrastructure to support its mines and boost power supply. 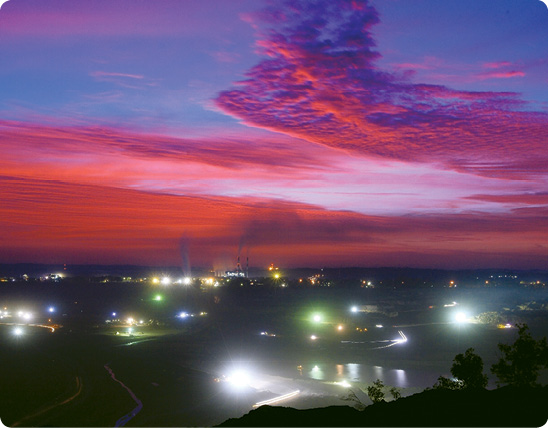 Bukit Asam has major coal mining operations in Sumatra and plans to expand in the future.

In 2014 Bukit Asam will continue to add capacity to the coal ports in Lampung and Palembang. The port in Lampung now has an annual capacity of 13 million tonnes but the company wants to increase this to 22 million tonnes and expects to start doing so in the middle of the year.

Provision of further port capacity is important because Bukit Asam is targeting to sell 25 million tonnes, an increase of 21.36% from 2013 which was expected to reach 20.6 million tonnes. About 45% of the target will be exported to countries, including China, India, and Taiwan, while, the rest will be sold to the domestic market.

The capacity increase will also boost the cost efficiency of Bukit Asam operations as presently the port can only accommodate small freighters of less than 80,000 dead weight tonnes (DWT) but the expansion will provide for ships up to 150,000 DWT. The loading cost for the smaller ships ranges from US$14-15 per tonne but with the larger ships the cost could be US$3 lower. This could also strengthen the competitiveness of Sumatra’s coal against coal from Australia.

Bukit Asam also intends to work on increasing power, including PLTU Mulut Tambang in Banko Tengah, Muara Enim, South Sumatra. This project, which has the capacity of 2 x 620MW, has an investment value of US$1.59 billion.

The volatile coal markets in 2013 were expected to leave Bukit Asam’s revenue during the year at a stagnant level. The company projected in early December that its revenue for 2013 would reach Rp12 trillion, not too much different from the Rp11.5 trillion in 2012. Although sales volumes increased, the revenue was static owing to the coal price, which it said was still depressed because of the excess supply of coal on the market.

Bukit Asam’s president director Milawarma says that the company’s coal has very good qualities, not only in terms of calorific content but also with low impurities, such as ash and sulphur, which means it is in strong demand from Taiwan, India, China and Japan.