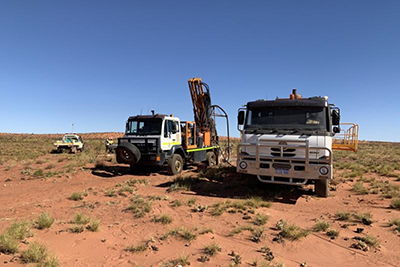 Newcrest has agreed to spend as much as A$60 million ($39.58 million) to jointly explore the southern part of Antipa’s lease in the Paterson province, adjacent to Newcrest’s large ore processing plant and aging Telfur gold mine.

Lying east of the better-known Pilbara iron ore region, the Paterson province has long been recognized as an area prospective for copper and gold. However, sandy soil and the remote desert location have made exploration both difficult and expensive.

It shot to global prominence 18 months ago with news of a huge copper and gold find by Rio Tinto, which the major named Winu. Rio Tinto has yet to detail the scale of the find, but said first production could come as soon as 2023.

Renewed interest has also come as miners have increased exploration spending following a commodity price recovery and as technological advances have opened the region’s potential.

Antipa also holds ground next door to Winu in its northern Citadel project, for which Rio Tinto agreed last month to raise its stake to 65 per cent for $14 million over five years.