Thor Mining has been advised by Enviro Copper of commencement of resource estimation work for several of the deposits at the Moonta Copper Project. 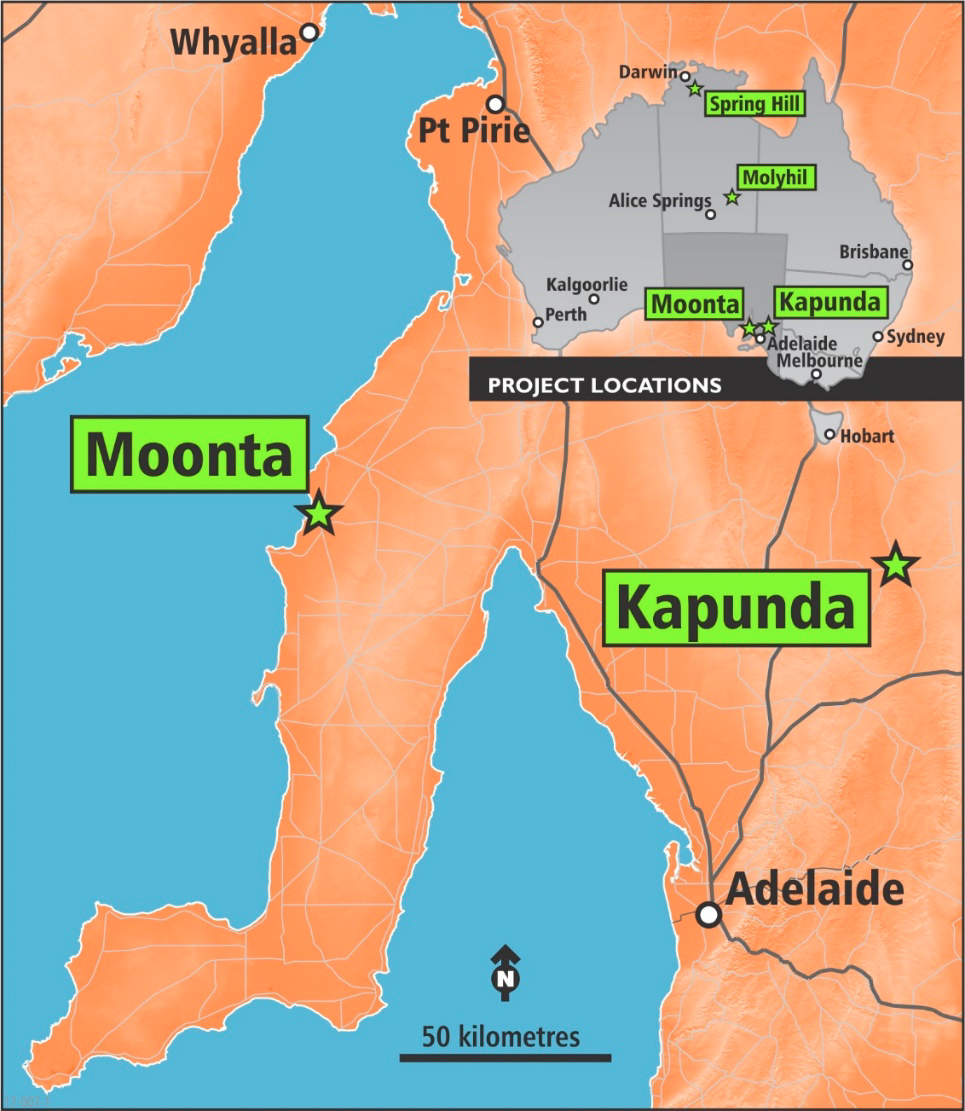 Enviro Copper, via its subsidiary Environmental Metals Recovery (EMR) is earning up to a 75 per cent interest in the Moonta Copper project from Andromeda Metals.

Mining consultancy, Mining Plus was engaged to prepare a Mineral Resource Estimate on several of the deposits at the Moonta Copper Project considered amenable to Insitu Recovery (ISR), with numerous drill holes into some of Moonta deposits over several decades providing basis for resource estimation.

“The non-invasive production technique of In-situ Recovery of copper has the potential to co-exist without significant disruption to farming and once completed, have little to no impact on future agricultural land use. ISR is an extension of proven technology and has been in use since the 1960s. With recent technical advances ISR can now offer a lower footprint and is likely to find further application in mineral recovery fields because it can coexist with other land use activities.”

A Memorandum of Understanding (MOU) announced on 5 March 2019, subject to a 90 day due diligence period, was executed between Thor Mining, Environmental Copper (holding earn-in rights to 75 per cent of that part of the Kapunda Copper project amenable to ISR), and Environmental Metals Recovery (holding earning rights, subject to due diligence, to 75 per cent of Moonta copper project comprising the northern portion of exploration licence EL5984), for the merging of the respective interests, and the formation of Enviro Copper Limited, to hold and advance those interests.

Thor Mining holds rights to a 60 per cent interest in ECR for the consideration of AU$1.8million in project funding (AU$0.6 million funded to date). Under the MOU, Thor will relinquish its interest in ECR and acquire a 25 per cent, pre-listing, interest in Enviro Copper for total funding of AU$0.6million.

Thor will also hold the right to acquire a further 5 per cent seed capital interest in Enviro Copper for consideration of an additional AU$0.4 million.

The Moonta project comprises steeply dipping zones of copper oxide mineralisation hosted within a deep weathering trough interpreted to extend over 11 kilometres strike length, and potentially beyond. The prospect is entirely under sedimentary cover with variable amounts of geological data from drilling in addition to data from geophysical surveys. Copper mineralisation within the trough is in the order of 50 to 75 metres width with drill intersections in excess of 350 metres deep. In areas where there is enough drill information, grades appear to be in the order of 0.18-0.23 per cent copper.