PT Escorindo Jasa Prima bought its first Volvo EC200D excavator to support operations for one of its customers. The machine proved so successful that the company has since ordered four more units. 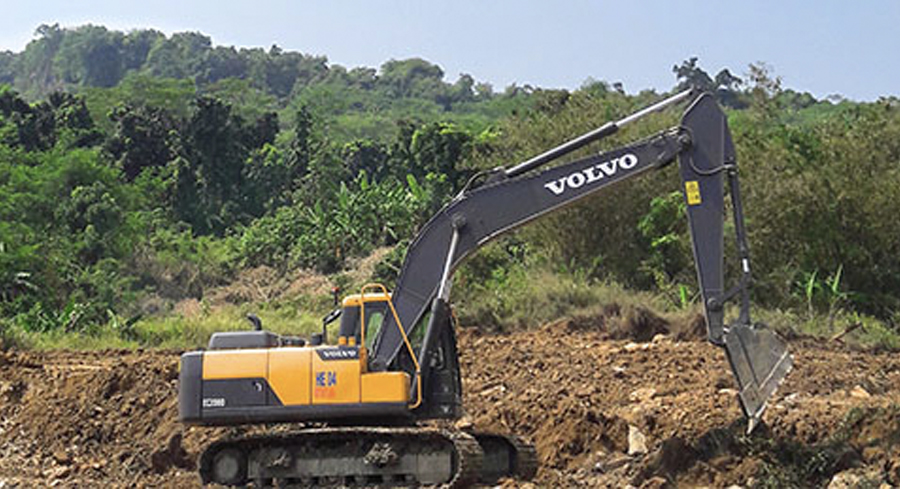 Since 2000, the Indonesian logistics company has been supplying equipment and services to a variety of customers across Indonesia. One of its latest projects is for a cement producer which operates a quarry in West Java.

At the quarry, minerals need to be mined before being transported to a cement mixing plant onsite. To help with this aspect, the quarry owner turned to PT Escorindo Jasa Prima, which selected a Volvo EC200D excavator for the task. The machine proved an instant success, performing so efficiently that the cement producer expanded the workscope of PT Escorindo Jasa Prima.

“After our customer saw how the EC200D was contributing to the productivity of the quarry and the cement mixing plant, we started talking about similar logistics services for some of their other sites,” said Oggy Hargiyanto, managing director at PT Escorindo Jasa Prima.

“After those discussions, we went back to our Volvo dealer PT Indotruck Utama and ordered four additional EC200D excavators,”

The first EC200D is expected to operate in 16-hour daily shifts. Its short cycle times enable it to dig clay, limestone and shale with efficiency, loading them onto waiting trucks.

Besides supporting mining activity, the additional EC200D unit to be deployed to the quarry will also help manage stockpiles of minerals.

“The hopper at the cement plant can handle 100 tons per hour of minerals. When it’s at capacity, then the surplus minerals have to be stockpiled in a yard near the plant,” Hargiyanto said. “The EC200D’s job at the yard will be mainly material handling: arranging the stockpiles and conveying them to the hopper when capacity frees up.”

Speed and versatility are just two of the EC200D’s many attributes. With a typical shift involving various tasks around the site, the fuel efficiency and operator comfort of the EC200D stand out.

The EC200D was launched at the start of 2018 and is the fastest excavator in the 20-ton class. It offers exceptionally high swing torque and unique lifting capabilities which make it the natural choice for general construction work. It is configured with a 5.7 m boom, 2.9 m arm and 0.8 m3 bucket.