Australian-based vanadium producer and vanadium battery company Protean Energy has entered into an agreement with DST Co to acquire an additional 10 per cent ownership in subsidiary KORID Energy. 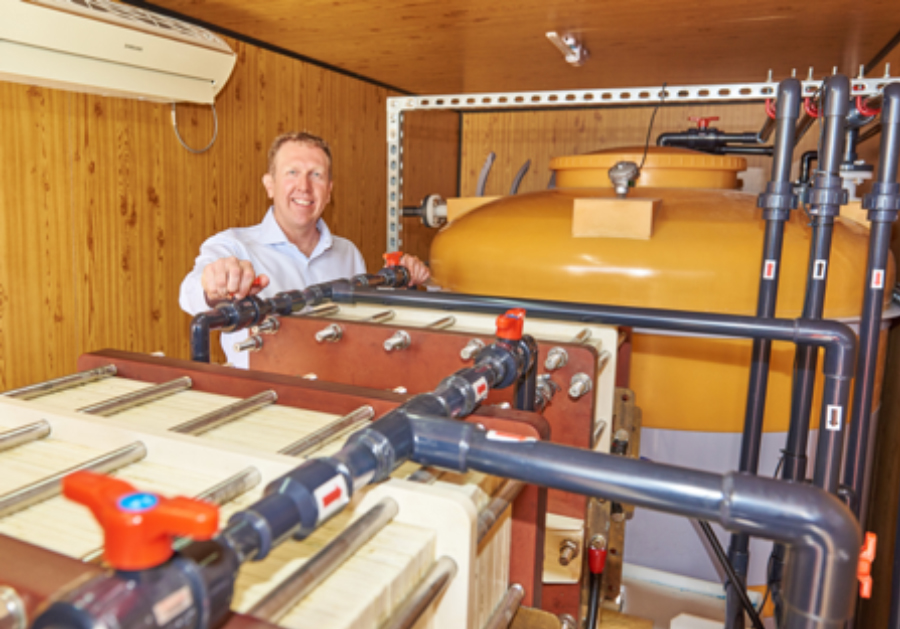 This follows confirmation by KORID of an AU$3 million funding commitment over three years from the Korean Institute of Energy Technology Evaluation and Planning (KETEP) for its part in a significant multiparty 1MW vanadium redox flow battery trial project in Korea.

The trial project, with total funding of approximately AU$10 million from KETEP, is aiming to develop an industry standard for vanadium batteries in Korea, by bringing several participants together.

It’s anticipated the trial project will double the energy density of vanadium electrolyte, which could potentially reduce the physical footprint of the V-KOR battery solution, enabling further scaling of the technology.

Protean Energy Specialist New Energy Expert, Scott Davis, said the company was pleased to have increased its ownership stake in KORID during an exciting time for the company and strong growth in the Battery Energy market globally.

“KORID has made significant technological advancements recently and its selection for such a nationally significant project in South Korea was further validation of this,” Mr Davis said.

“This increased stake in KORID gives Protean Energy a controlling interest in the V-KOR battery technology, positioning the company at the forefront of innovation in the global battery storage market.”

The global vanadium market is expected to grow at a CAGR of 11.24 per cent during the 2017-2021 period, with vanadium redox flow batteries a key driver.

An Australian trial of the V-KOR battery solution is also under way at an industrial site in O’Connor, WA.

The increased ownership stake in KORID will also facilitate the sale of Protean’s 1,160,870 shares in KOSDAQ-listed DST (currently valued at about AU$1.524m) at the Volume-Weighted Average Price (VWAP) for the 10 traded days prior to completion.

“With $1.5 million in additional funding from the sale of DST, a further $3 million from the recent KETEP grant and cash balance of over $2 million, Protean is in a strong position to progress quickly towards commercialisation of our unique vanadium battery solution,” Protean Director Bevan Tarratt said.

“We are pleased to now have further control over the direction of KORID and believe the next 12 months hold tremendous opportunity in the large-scale battery energy storage market.”

In consideration for the additional 10per cent of equity in KORID, the Company will issue the equivalent of AU$750,000 worth of stock at a deemed issue price of the greater of the 10 traded day VWAP for POW shares prior to completion or AU$0.03 per share. The transaction will result in Protean securing control of KORID.

Protean and DST also entered into variation letter deeds to the JV agreements covering both KORID and Stonehenge Korea, owner of the Daejon vanadium/uranium projects.

The variation Deed to the SHK agreement confirms that, as a result of completing an updated mineral resource based on accessing and testing core held by the Korean Institute of Geoscience and Minerals (KIGAM), the project has now progressed to Stage 2 (feasibility) under the JV agreement.