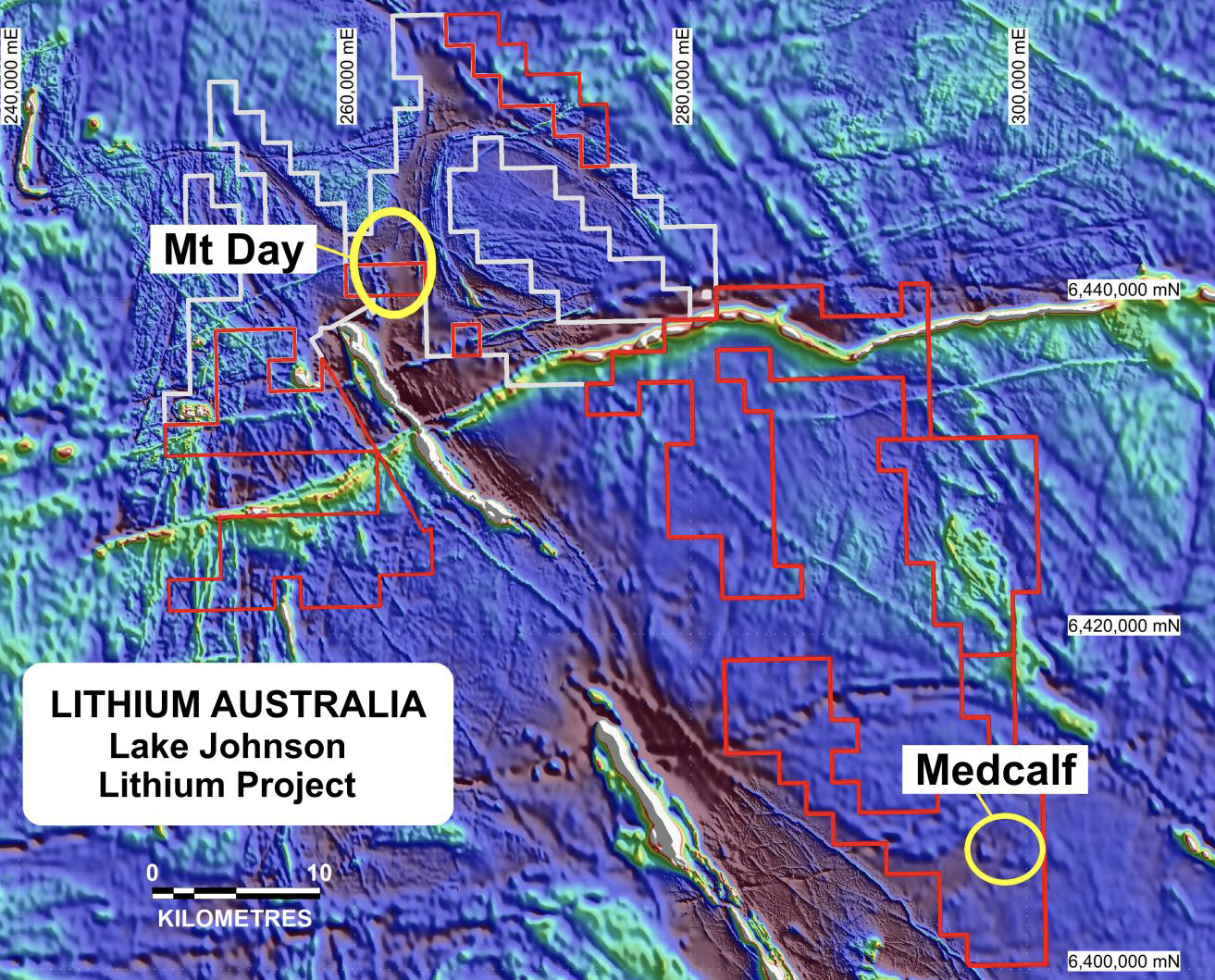 The lithium pegmatites of the Yilgarn Block are attracting investment from some of the world’s largest lithium companies.

An initial geological reconnaissance program was conducted after interpretation of aerial photographs highlighted the potential for multiple pegmatites in 2017. Outcropping pegmatites were identified at Medcalf during subsequent field inspections in April 2018.

Recent geological mapping, and sampling confirmed some of these pegmatites as LCT (lithium, caesium, tantalum) types. Pegmatite swarms containing spodumene mineralisation outcrop in a zone of some 100 metres by 50 metres in area, within a larger area of pegmatites of 250m wide by 500 metres long. Initial rock-chip samples are prospective with grades ranging from 3.07% Li2O up to 4.78% Li2O and one spodumene only specimen sample grading 7.15% Li2O.

Field inspection identified a pegmatite swarm centred upon the highest hill in the area, where at least five pegmatites were located, and all containing spodumene. The prospect area has moderate to low topographic relief and potential exists for additional pegmatites under cover.

The main target area visited contains pegmatites presenting as a dyke swarm comprised of numerous pegmatites in a zone about 250m wide and at least 500m long. The outcrops of individual pegmatites range from about 2m to 10m in width and 50m to 150m in length.

The pegmatites appear to dip at moderate to steep angles towards the southwest, and appear to have true-thicknesses of about 5m and are relatively close together with only a few metres separating individual pegmatites.