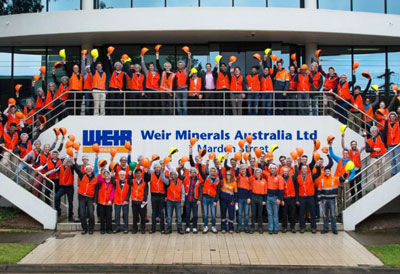 For 27 years first and second year mechanical engineering university students from the Asia Pacific region have been putting their problem solving ability to the test in the Warman Design and Build competition.

The competition, established by Engineers Australia’s Mechanical College and sponsored by Weir Minerals Australia, tests students’ ability to build a real prototype system to solve a novel task. Each year, the task is based upon a fictional but ‘applicable to the real world’ set of specific field requirements.

This year, students were tasked with building an autonomous machine able to collect resources through a series of obstacles and deliver them to an underground bunker. Throughout the year campuses ran internal heats to determine who would represent each university at the finals.

The competition’s national finals took place in Sydney from September 25-27 where the winners were awarded a prize and recognized in the following categories:

The finalists also had the opportunity to tour Weir Minerals Australia’s head office and manufacturing facility in Artarmon, NSW. This allowed them to view the Warman centrifugal slurry pump design centre and manufacturing operation.

The event concluded with the National Finals awards ceremony announcing RMIT University as the Warman Design and Build Champions for 2015.