Miners down, but not out


IT proved to be a race to the bottom in 2015 with many new records set by the world’s 40 largest mining companies, according to a mining report compiled by PwC. ‘Mine 2016’ revealed a first ever collective net loss of US$27 billion for the top 40 with market capitalisation falling 37%, effectively wiping out gains made during the commodity super cycle. 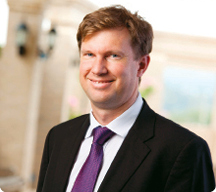 PwC Africa mining industry leader Michal Kotzé said, “Last year was challenging for the mining sector. The top 40 experienced their first ever collective net loss, their lowest return on capital employed, a significant drop in market capitalisation, and an overall decline in liquidity with the result that the top 40 were more vulnerable and carried heavier debt loads than in prior years.

“We are also seeing shareholders persist with a short-term focus, impacting the capital available for investment and, as a result, constraining options for growth. But this is a hardy industry, and while many miners may be down they are certainly not out.”

While China is still critical to the success of the industry, accounting for about 40% of overall commodity demand, it can no longer be relied on to supercharge returns. As China moves from a manufacturing economy to a services-based economy the previously rampant demand for commodities will not resume with the same intensity. Despite this shift, the number of Chinese mining companies in the top 40 increased from nine to 12.

While the mining industry continues to face significant challenges and constraints, PwC assurance partner Andries Rossouw maintains there is still a long-term positive outlook. “Many of the top 40 appreciate what is required for the marathon of mining and have their eyes firmly fixed on the long-term rewards.”