By Daniel Zavattiero, executive director of uranium for the Minerals Council of Australia 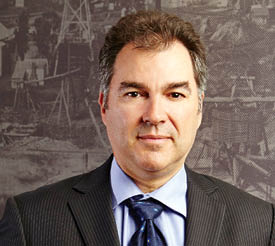 IN these uncertain times Australia’s uranium industry has been battling a difficult short-term market to prepare for the profound and inevitable growth ahead. The case for nuclear energy around the world and the continued development of uranium resources to fuel that energy grows by the day.

The three great challenges of our age and the years ahead are maintaining the drive for global economic growth and development, continuing the alleviation of energy poverty and scarcity to facilitate that growth, and doing this in a manner which maintains the habitability of our natural environment.

Uranium powered nuclear energy is absolutely critical in meeting these challenges. Uranium facilitates stable, reliable, affordable base-load electricity with near zero emissions. Its enormous energy density means very little of it is required to generate vast amounts of electricity; leaving behind a small and manageable environmental footprint. In 2012/13 Australia exported 8391 tonnes of uranium – around 40 standard containers per month – and this small volume in terms of energy, was equivalent to Australia’s entire production of electricity.

This reality is seen in projections of all major energy forecasters. The OECD’s International Energy Agency estimates across its three scenarios that nuclear power generation will grow between 51% and 126% from 2011 to 2035. Its 450 degree scenario, showing what it takes to keep the energy system on track for half a chance of limiting average global temperature to a 2 degree increase, requires a more than doubling of nuclear powergen. The US Energy Information Administration has similar projections with nuclear power generation basically doubling between 2010 and 2035.

Clearly, the more the world continues on its path of economic growth, centred on rapid industrialization and urbanization in emerging economies, while seeking to minimise climate change, air pollution and other environmental impacts, the more significant a role nuclear power will have to play.

Australia’s uranium industry is well placed to play a leading role in facilitating the expanding global nuclear industry. It is well known that Australia hosts more than 30% of the world’s known low cost recoverable uranium resources. However, it currently only produces around 11-12% of the world’s total production. This in itself underpins a tremendous opportunity. As global nuclear power generation rises, Australia has the natural resource capacity to grow both volumes and market share.
But a massive natural endowment is not enough. For industries to thrive, they need to be accepted in their communities and that acceptance is based on good performance, sound regulation and dealing with concerns of stakeholders. In Australia, the uranium industry has worked hard for its social licence. It has built a record of excellent worker and public safety, good environmental practices and excellent transportation management.
At Australian uranium operations radiation management is the top priority with respect to worker and public health and safety. All of Australia’s current uranium mines closely monitor and report exposure levels. All consistently track well below the legislated limits both on average, and maximum individual measured.

In addition, the federal regulator ARPANSA hosts a National Dose Register with more than 31,000 registered workers in the database stating the “Data available to ARPANSA at this point in time does not indicate any negative trends”. ARPANSA also tracks radiation incidents across all industries and there have been none in mining since at least 2008.

Australians also expect industries to have sound environmental practices. In South Australia’s uranium industry, all incidents are publicly reported and available on line. In the Northern Territory, the Ranger mine has its own independent supervisor whose 2012/13 annual report concludes “During the year there were no reported incidents that resulted in any environmental impact to the surrounding environment” and that “the environment has remained protected through the period”. Previous annual reports contain similar statements.

And finally, the transportation record of the industry is excellent. Uranium transportation has operated seamlessly for more than three decades now. There have been no incidents affecting public health involving a spillage of uranium oxide during transport in Australia in the export of more than 11,000 containers.

The good and improving record has resulted in substantial political and social progress for the uranium industry in Australia. Today, there is broad bipartisan political support at the federal level. While the Labor party has for several decades opposed the industry, in office between 2007 and 2013, it approved four new mines and reversed its decision regarding engagement with India on a bilateral agreement for uranium supply.

Recent polling in South Australia showed 55% supported uranium mining compared to only 25.5% opposed. These are net approval ratings politicians dream about. And in line with the nuclear energy’s increasing acceptance, 62.9% believed nuclear power to be either an important contributor or an alternative to be considered in the debate about climate change.
Australia has become and is becoming a more attractive investment destination for uranium exploration and mine development, and a more attractive long-term contract customer for nuclear utilities abroad seeking stable and reliable uranium supply.

The Federal Government led by Prime Minister Abbott, which was elected in September 2013, is looking to streamline the administration of the Environment Protection and Biodiversity Conservation Act 1999 (EPBC Act), in order to make project approvals more efficient without compromising high environmental standards.

The government’s proposed ‘one-stop-shop’ for environmental approvals will create a single environmental assessment and approval process for nationally protected matters. This will lead to swifter decisions and improve Australia’s investment climate for mining in general, including uranium projects.

Progress in recent years in terms of industry performance, social and political acceptance, and the coming regulatory adjustments to project approval processes, position Australia’s uranium industry well for the future. Indeed, it is the state of the current depressed market, rather than historical controversies, which the industry must work through to reap the opportunities ahead.

The post Fukushima period has seen Japanese reactors stay off line for longer than expected and China adjust its nuclear reactor construction profile. However, both these factors appear now to be moderating.

Japan has reorganized its regulatory regime and has 19 reactors applications before the new regulator awaiting approval to restart. Two reactors at Sendai have just been given draft approval. The Japanese government has reaffirmed its commitment to nuclear energy labelling it ‘an important base-load electricity source’, and expectations are some reactors will be on line before the years end.

China’s construction is back in full swing with 20 reactors operating and a further 28 under construction. Forecasts suggest China will have 58 GWe of nuclear capacity by 2020, up from 17 currently and enroute to 150-200 by 2030.

This bodes well for Australia’s future uranium mines which over the next decade should see new operations coming on from Western Australia initially, and then Queensland, to add to the current production coming out of South Australia and the Northern Territory. NSW will likely follow thereafter.

There is no question it is tough right now but Australia’s uranium industry is positioning well for the growth ahead.

Daniel Zavattiero is responsible for managing uranium specific issues following the integration of the Australian Uranium Association into the Minerals Council of Australia. He has more than 20 years’ management experience in the resource sector, spanning multiple commodities including iron ore, base metals and uranium in Australia, Singapore and the Netherlands. He has a Bachelor of Economics with Honours from Monash University.