CHINA will continue to play the leading role in steering the world’s mining industry but the way it does so is changing, according to Bloomberg’s head of metals and mining research Ken Hoffman. It is altering the way it looks at metals and the way it handles overseas investment, he says, and both have different implications for mining. 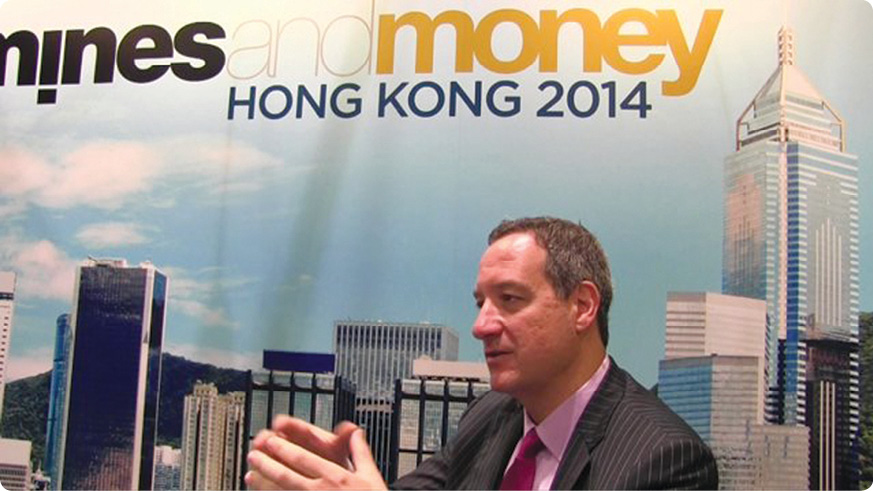 In an interview with The ASIA Miner editor John Miller, Ken Hoffman stressed the importance of China’s Third Plenum in October last year. “Over the last 30 years the major focus of China’s future has come from the Third Plenums. The most recent seems to have three major goals – improving the financial sector, reducing pollution and changing consumption patterns to be less export oriented.

“This changes the way China looks at metals. For example, pollution-wise you wouldn’t want to be a high sulphur coal miner or iron ore producer because they are shutting many steel mills? Pollution control will be devastating for the steel industry. Many third and fourth tier cities have two years of apartments available and it makes sense for China’s government to pull back lending, and perhaps let some of these localities go bankrupt, in order to reshape the way they finance the future. This puts enormous pressure on iron ore and coal prices.

“It doesn’t mean the super-cycle is dead but it has broken up into different factions. If China cleans up pollution, the PGM space looks fantastic as at this stage only about 5.3% of Chinese cars meet international standards for pollution control. Will they go heavier with nuclear power? There are many stories in the Chinese press about how clean nuclear power is. If they build more nuclear facilities in inland regions, demand for copper will also be stronger.”

Ken Hoffman says there will be different things to observe as China moves forward. “If they push consumer goods to be more of a consumer nation, demand for galvanizing steel and long products will increase which makes steel makers happy and is good for the zinc and nickel industries.

“From 2000-2008 it was easy for analysts – just buy everything – but now it is different metals for different situations and we have to examine each metal individually.”

From what Bloomberg understands about Chinese overseas investment, he says they are taken aback at how badly it was handled in the past. “This led to them changing the way they structure deals with most initial consulting taking place within a group called PMI (Primary Metallurgical Institute). This is the consulting part of a quasi-government association, which will eventually become independent and could lead to the sale of government data to the outside world. PMI is putting together professional consulting reports in a bid to regain the trust of many major foreign banks. An internal, professionally-run group helps everyone because they won’t make as many bad deals as before and Chinese companies can become better partners.”

He says major companies such as Glencore Xstrata are saying the Chinese have become more professional investors and are no longer the new kids on the block. “At the end of the day this helps the mining industry’s perception.”

The metals they invest in have also changed. “In the past they were buying a little bit of this and a little bit of that but now seem to be focusing on one metal at a time. At present they are going after gold and really seem to understand the market. Bloomberg tracks gold movements and observed that last year 26-28 million ounces moved from the west to China.

“China is the largest consumer of gold, having overtaken India, but how far will this go? There are no real projections but in the past when China has moved into a metal they have overshot projections much more than anyone thought possible. We don’t know how much gold the central bank holds but it will come out with a number when they want us to know what the number is.”

Ken Hoffman says how China moves on iron ore is also going to be interesting. “They want to buy iron ore assets but the price is what really matters. We track iron ore projects globally through 2020 and the average cash cost is around $58 per tonne which poses the question, ‘do you want to buy those assets when the price is over $100?’ Maybe China can see that demand is going to top-off and if this is soon, and the market starts moving down, they don’t have to be as aggressive in their purchases now but can leave this until tomorrow. Their actions will speak loudly but they haven’t moved yet.

“We have seen what they are prepared to do in the copper market through the purchase of Las Bambas in Peru and the US$5.85 billion price paid is pretty impressive. It is a big asset – a company maker - and Glencore didn’t have to sell, but it seems they wanted to,” he adds.