Over 100 global financial institutions are exiting coal, with more to come every two weeks a bank, insurer or lender announces new restrictions on coal. Tim Buckley, Director of Energy Finance Studies, Australasia IEEFA, looks at the reasons behind it and future implications for coal. 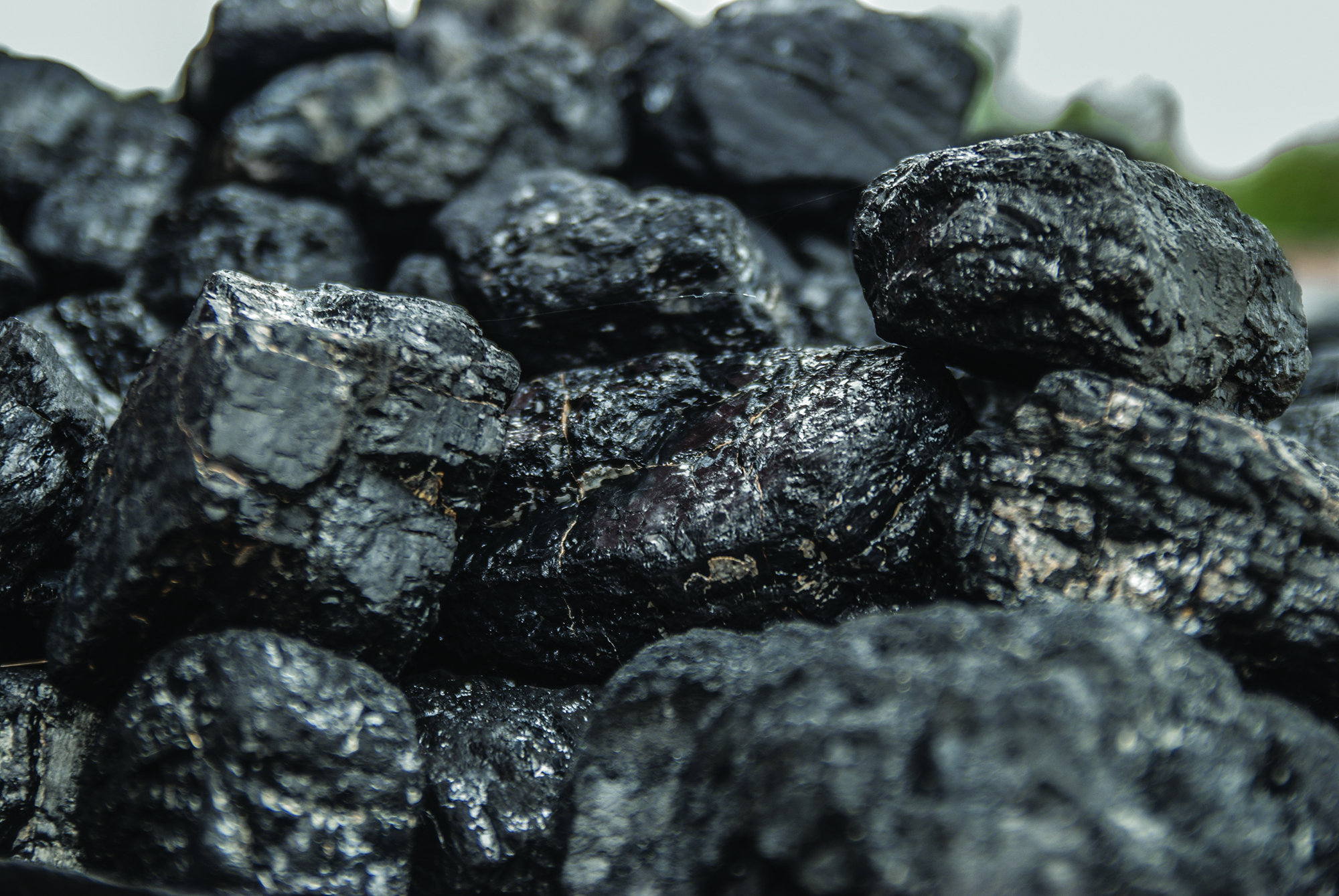 Since January 2018, a bank or insurer announced their divestment from coal mining and/or coal-fired power plants every month, and a financial institution who had previously announced a divestment or exclusion policy tightened up their policy to remove loopholes, every two weeks.

In total, 34 coal divestment or restriction policy announcements have been made by globally significant financial institutions since the start of 2018.

In the first nine weeks of 2019, there have been five new announcements of banks and insurers divesting from coal. Global capital is fleeing the thermal coal sector. This is no passing fad.

Since 2013 more than 100 global financial institutions have made increasingly tight divestment/exclusion policies around thermal coal.

When the World Bank Group moved to exit coal in 2013, the ball started rolling. Following, Axa and Allianz became the first global insurers to restrict coal insurance and investment respectively in 2015, and their policies have subsequently been materially enhanced.

Next, some 35 export credit agencies (ECA) released a joint statement agreeing to new rules restricting coal power lending. In the same year, the China-led Asian Infrastructure Investment Bank trumpeted its global green credentials with the Chairman confirming the Bank was in practice ruling out finance for coal-fired power plants.

One of the strongest moves in 2015 came when the world’s second largest sovereign wealth fund based in Norway (US$1 trillion) stepped up its exclusion criteria and started divesting from coal. When such a significant investor acts, global momentum increases.

In May 2018, Dai-ichi Life of Japan issued a new policy announcing it would no longer insure coal. Sumitomo Mitsui Trust Bank ruled out coal-fired power plant lending soon after. In September 2018, Standard Chartered announced the end of lending for new coal plants, anywhere in the world.

To close the year, some 415 global investors managing a collective US$32 trillion called for a complete thermal coal phase out by 2030 across the OECD.

By the start of 2019, over 30 global banks had ceased project financing for thermal coal mines and/or coal-fired power plants worldwide, without geographic loopholes.

The financial institutions leaving coal behind are no ethically minded minnows – they are some of the largest across the globe. As extreme weather increases in frequency and extremity the list will continue to grow, while the lending exclusions and divestments will increasingly be delivered upon.

Since 2013, there has been a rapidly increasing number of global financial institutions announcing lending policies addressing the financial risks of climate change.

The 100 and counting global financial institutions already restricting and/or divesting from coal is a clear response to the growing discrepancy between the world’s current carbon emissions trajectory and the technological investment and commitment required for the world to deliver on the Paris Agreement, a global treaty committing nations of the world to limit global temperature rises to 1.5 to 2.0o above pre-industrial levels.

The International Energy Agency (IEA) models the current trajectory of countries acting to reduce emissions under its New Policy Scenario (NPS), putting the world on track for an unacceptable 2.7o, or more if feedback loops create more non-linear change.

In contrast, the IEA’s Sustainable Development Scenario (SDS) forecasts a 50 per cent chance of holding global temperature rises to 2.0o. The SDS models a 61 per cent decline in global thermal coal demand by 2040.

Realistically the SDS is far from sufficient to deliver on the Paris Agreement. The decline trajectory for thermal coal globally needs to be terminal by 2050, absent carbon capture and storage (CCS). This is clearly modelled in the IEA’s Beyond 2o Scenario (B2DS) and Bloomberg’s New Energy Finance (BNEF) New Energy Outlook 2018 scenario which models a 50 per cent chance of limiting average future temperature increases to 1.75°C utilising a rapid decarbonisation pathway.

Under the visionary guidance of Bank of England’s Governor Mark Carney, the Financial Stability Board (FSB) – an international body monitoring and making recommendations about the global financial system – has strongly endorsed the industry-led TCFD and its (for now) voluntary agreement to develop aligned and uniform disclosures acknowledging and assessing climate risks as they relate to financial institutions.

The TCFD covers all companies. This is important given financial institutions both own, insure and lend to virtually every company in the world, and any evaluation of climate risk requires clarity, transparency and reporting on systemic risks in their underlying asset and liability exposures.

While companies are currently not required to comply with the TCFD, financial regulators and courts are increasingly recognising that directors have a fiduciary duty to assess, manage and report to shareholders on all key risks. For example, although a company’s Board might deem the IEA’s SDS path unlikely, their Fiduciary Duty will be to show they have clearly evaluated the financial risks in the event they are wrong.

Released at the United Nations Climate Change Conference 2018 (COP24), the 2018 Global Investor Statement to Governments on Climate Change included within its 415 signatories some of the world’s largest pension funds, asset managers and insurance companies representing over US$32 trillion in assets.

Specifically, investors called for a global price on carbon emissions and a thermal coal-plant phase out across the entire OECD by 2030, throughout China by 2040, and across the rest of the world by 2050.

[It appears that] Multilateral Development Banks are on the same path.

In June 2013, then US President Barack Obama released ‘The President’s Climate Action Plan’ directing agencies to support climate-resilient investment. The Plan also called for an end to US government support for public financing of new coal plants both domestically and overseas, except in the world’s lowest income countries where there are no other economically feasible energy alternatives, and if the most efficient coal technology is deployed.

In October 2018, the World Bank made a landmark decision to cease its plans to fund a 500-megawatt (MW) coal fired power plant in Kosovo – the last coal project on its books. The then World Bank President, Jim Yong Kim said the Bank could not finance the Kosovo plant even if it wanted to because as the alternatives to coal were so much cheaper, the institution’s by-laws would not allow it.

To date, 20 globally significant insurers with more than US$6 trillion in assets and representing 20 per cent of global insurance assets (which stand at US$30 trillion in aggregate) have adopted coal divestment policies, including the four largest European insurers. When smaller insurers and partial divestments are included the total is 25 financial institutions globally.

These substantive moves by Axa and Allianz focus investor and corporate attention both on existing firms that are high emitters, and on those firms that continue to build new coal capacity, locking in additional emissions for decades to come. Some examples include Glencore, KEPCO of Korea, Chinese firms in general, and Indian firms Adani Group and NTPC Ltd. There is a recognition that building new capacity drives carbon lock-in for decades to come, which is neither commercially sensible nor strategically aligned with the Paris Agreement.

It is no coincidence that 2017 saw the greatest insurance industry losses in history due to natural disasters: US$138bn (on a total economic loss of US$340bn), clearly raised by climate-related losses.

The progressive tightening of policies in the global insurance industry is a key positive. Institutions are moving from initial greenwash to substantive polices with real impact in driving systemic change.

This is an abridged version of the IEEFA report Over 100 Global Financial Institutions Are Exiting Coal, With More to Come, written by Tim Buckley.

Tim Buckley, is IEEFA’s Director of Energy Finance Research, Australasia. He has over 25 years of financial market experience covering the Australian, Asian and global equity markets from both a buy and sell side perspective. Tim was a top-rated Equity Research Analyst and has covered most sectors of the Australian economy.