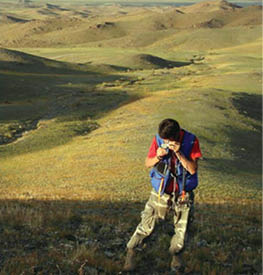 ALTAN Rio Minerals has closed a private placement with the European Bank for Reconstruction and Development (EBRD) for gross proceeds of $999,960. Following closing of the placement EBRD holds 18.7% of the issued and outstanding common shares of the company.

The EBRD has 61 shareholders comprising 59 governments and two international institutions, and invests in 29 countries from central Europe to central Asia. EBRD is the largest institutional investor in Mongolia.

Mongolia became an EBRD country of operations in October 2006 and since the beginning of its operations in Mongolia, the EBRD has committed through debt and equity investments more than US$ 684 million to the Mongolian private sector through 52 projects in sectors ranging from banking to manufacturing and from mining to agribusiness.

Commenting on the placement, Altan Rio’s president and CEO Evan Jones said: “We are delighted to have attracted a partner of the calibre of EBRD. As shareholders will be aware, the ability for junior explorers such as Altan Rio to raise capital to fund ongoing activities is somewhat limited in the current market environment. As such, by entering into this agreement, Altan Rio has substantially reduced financing uncertainty.”

The private placement is the first tranche of a potential investment in the company by EBRD of a minimum of $5 million and a maximum of $10 million under a subscription agreement and framework agreement between the parties.

The Chandman-Yol property is in mountainous basin and range country in western Mongolia, about 1050km west of Ulaanbaatar. At the Takhilt target a second phase of drilling would target potentially shallow resources along the southern edge of the IP domain, in contact with the copper-gold bearing granite system, a compelling target that is more than 1km long. Further drilling is also warranted at the Ovoot target, though of lesser priority that Takhilt, to test areas of coincident geochemical and IP-magnetic anomalies.

Khavchuu is an early-stage exploration prospect 10km west of Centerra Gold’s Boroo mine in northern Mongolia. Altan Rio has an option to acquire 100% of the project subject to a 2.105% NSR royalty but is currently renegotiating the terms of the final payment. The company has allowed its licences on the Onon project in northeast Mongolia to expire.

European Bank for Reconstruction and Development