SOUTH Africa-based explosives leader BME is expanding its footprint into Indonesia, one of the world’s largest coal producers, and is confident that pumpable emulsion explosives have much to offer the country’s mining sector. 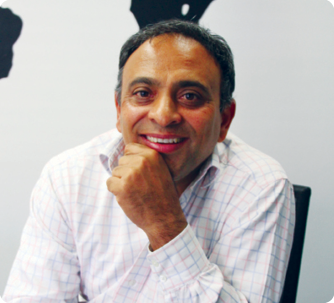 BME general manager for Asia Pacific and strategic projects Umesh Chhika says Indonesia’s vast open-cast coal industry still overwhelmingly uses ammonium nitrate and fuel oil, or ANFO, as its primary blasting medium. “We have entered the market initially with our packaged explosives and electronic detonators while exploring opportunities to offer the benefits of our emulsion products.”

Safety and performance are the key advantages that will drive the take-up of emulsions, he says. “Pumpable emulsion is safer to transport and store as it is not explosive until sensitized in drill-holes at the blast site. Emulsion also has a higher velocity of detonation than ANFO, so there is more shock energy in the product, which means better blast efficiency and improved fragmentation.”

Other advantages in Indonesia’s wet-terrain environment will be the water-resistant quality of emulsion explosives. While ANFO dissolves in water and becomes ineffective, emulsions are not affected by moisture to the same extent.

Umesh Chhika says the Indonesian ANFO and blasting services market is very competitive with generally low labour costs. “Clients are therefore unaccustomed to the capital outlay required by a move to pumpable emulsion explosives. However, we know that the capital costs are quickly recouped in efficiency, so we are convinced that there is scope for BME to demonstrate the value-adding benefits of our emulsion products and technologies.”

BME introduced cold emulsion technology to South African mines in 1984, growing to become one of the largest suppliers of emulsion explosives to the country’s surface mining sector, including SA’s largest coal mines. Expansion into Africa followed rapidly, fuelled by the added capacity from BME’s R1.4 billion nitrate plant in Sasolburg.

“We already have a number of small-tier mining clients in Indonesia, which we service from our Jakarta office and are now also putting a permanent technical advisor in place to add further value to our existing and new clients,” Umesh Chhika says.

“In addition to BME’s pioneering role in emulsion explosives, we are well-known for our AXXIS digital initiation system which allows the design of complex firing sequences for the best blast results. Our BlastMap III software adds further value to each blast in terms of factors like vibration control, finer fragmentation, dilution control and heave control.”

Indonesia produces mainly thermal coal for use in power generation, and its sub-bituminous medium or low calorific value varieties are sought after in China and India. The country’s reserves are estimated at 28 billion tonnes and are mainly in Sumatra and Kalimantan.