ABB mine hoist systems to India


ABB, a leading power and automation technology group, has won an order for three complete mine hoist systems including related shaft equipment, to help Hindustan Zinc move its production at the Rampura Agucha mine in India from an open-pit to an underground operation. The new hoist systems will enable Hindustan Zinc to reach and exceed their production targets. 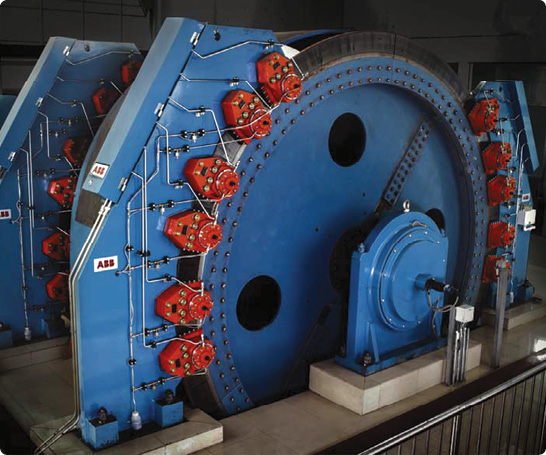 A friction hoist supplied by ABB, similar to those that will be supplied to Hindustan Zinc in India.

“We are glad and proud to be the first choice of Rampura Agucha. The customer chose ABB thanks to our reliable, competitive technical solutions and strong track record of mine hoists in the world,” says ABB regional sales manager for its mining unit in Västerås, Sweden, Fredrik Sjöholm.

“This order opens up a new market for large mine hoists and paves the way for more large projects in the area of underground mining in India. The state-of-the-art technology applied on ABB’s mine hoist systems can help our customers increase their productivity and improve their safety,” he says.

ABB’s scope of supply comprises, among other things, two friction hoists and one single drum hoist including both mechanical and electrical parts. ABB also delivers switchgears and power cables, as well as the complete shaft equipment for the mine hoists. These hoists are expected to be delivered before the end of 2014.

The Rampura Agucha mine is in Rajasthan, in the northwest of India, and is the world’s largest zinc producing mine. Reserves and resources of Rampura Agucha as of March 31, 2013, were about 109 million tonnes with a best-in-class zinc-lead reserves grade of 15.4%.

At present the Rampura Agucha mine is annually producing 6.15 million tonnes of ore from the open-pit mining operation and is treating the same in a beneficiation plant.

With the present system of mining method (open-pit), the mine will be operative up to a level that is 372 metres below the surface. Beyond this level the mineral reserves and resources are to be extracted by suitable underground mining methods.

ABB is a leader in power and automation technologies that enable utility and industry customers to improve their performance while lowering environmental impact. The ABB Group of companies operates in around 100 countries and employs about 145,000 people.