Aggreko AusPac has won the contract to build and operate a new 20MW power station at Rio Tinto’s Amrun bauxite project in Far North Queensland. The A$2.6 billion project will extend mining activities on part of Rio Tinto’s existing lease south of the Embley River, between Weipa and Aurukun. 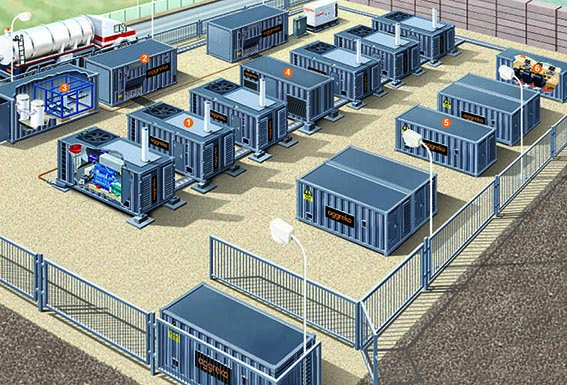 The $100 million contract involves a new installation of its high efficiency diesel power system, and will include engine efficiency upgrades and a heat-recovery system to be deployed over the duration of the contract.

It will be Aggreko AusPac’s longest independent power project (IPP), with a 15-year term and a 5-year option to extend.

A team of more than 20 Aggreko employees, including engineers, project managers and technicians, will come together to deliver the installation by December 2017, with go-live set for April 2018.

Aggreko AusPac managing director George Whyte said, “Our people on the ground in Weipa and the wider Aggreko team look forward to working with Rio Tinto on this project.”

Rio Tinto Amrun project general manager Marcia Hanrahan said, “The contract to build this power station signifies another important milestone for delivery of the Amrun project. We look forward to partnering with Aggreko on this exciting new venture.”

Aggreko has been operating in Australia since 1980. The company employs more than 300 people at 22 locations, and has seven depots throughout Australia.

The company was established more than 50 years ago, and has grown in experience and expertise in power generation to become a world leader.

A major part of the company’s business is providing efficient, effective modular power where needed across the world, including support to national grids and various industrial applications, such as mining and oil production.

Rio Tinto announced its $2.6 billion investment in the Amrun project in late 2015. The project is about 40km south of Rio Tinto’s existing East Weipa and Andoom mines on the Cape York Peninsula and involves the construction of a bauxite mine, processing and port facilities.

Production and shipping are expected to commence in the first half of 2019, ramping up to full production by the end of the year.

At its peak, construction of the project is expected to provide work for around 1100 people. Once operational, Amrun will help to support ongoing employment for the existing workforce of around 1400 employees and contractors at Rio Tinto’s Cape York bauxite operations.