RCT founder is Champion of Innovation 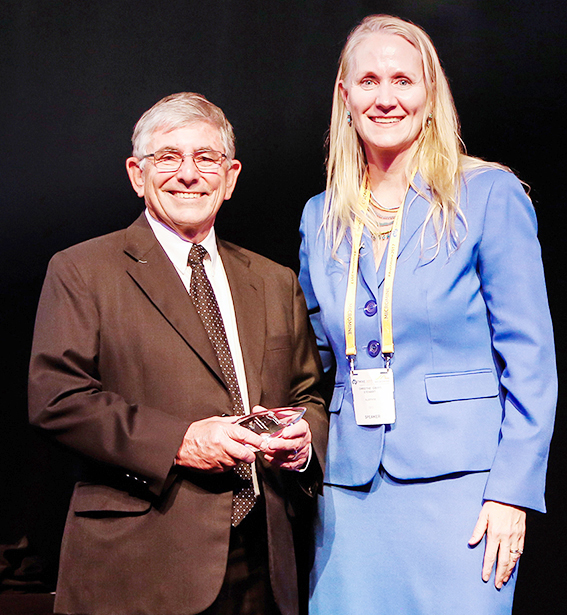 The award is Austmine’s acknowledgement of individuals who have pioneered and championed innovation to help make the mining industry what it is today. It is safe to say Bob Muirhead has played a big part in the journey throughout his illustrious career.

The Australian mining icon has been instrumental in driving mining safety and productivity through development of innovative solutions including the Muirhead® Smart Protection and ControlMaster® remote control systems, both of which are highly regarded within the industry.

Bob Muirhead’s career began in 1962 as an electrical fitting apprentice at the Great Boulder Mines on the Golden Mile before he started an electrical contracting business. By 1972, Bob’s focus was on creating systems and products for heavy-duty machines.

“Many of the machines on mine sites had poor electrical systems which would cause endless problems and result in unnecessary downtime,” he said.

He saw the opportunity to improve systems and protect machines operating in harsh conditions and the Muirhead® Smart Protection systems were created. “They would have to be one of my favourite innovations to date; simply because it is where it all started.”

Bob Muirhead is well known for undertaking any challenge with unwavering enthusiasm, which is contagious and inspiring to everyone he meets including RCT’s research and development team, in which he is still actively involved with today.

The Champion of Innovation award has only been bestowed twice previously in Austmine’s history and Bob Muirhead is worthy of this recognition having devoted his life to innovating in the mining industry.

“It was a humbling experience to be recognised by others in the industry for something that has been a lifelong interest and passion,” he said.

He added that the recognition was not just a reflection of his vision, but also of the talent, dedication and hard work of the entire RCT team.

During his acceptance speech, Bob also thanked his wife and acknowledged how instrumental Austmine had been in recognising the value of the METS sector to the Australian economy.