Screening and crushing industry leader McCloskey International has continued its expansion over the past three years, with close to 35% growth overall, increased market share, major investments in its manufacturing facilities and the introduction of a new division. In lockstep with this growth was the addition of more than 30 dealers to the global distribution network. 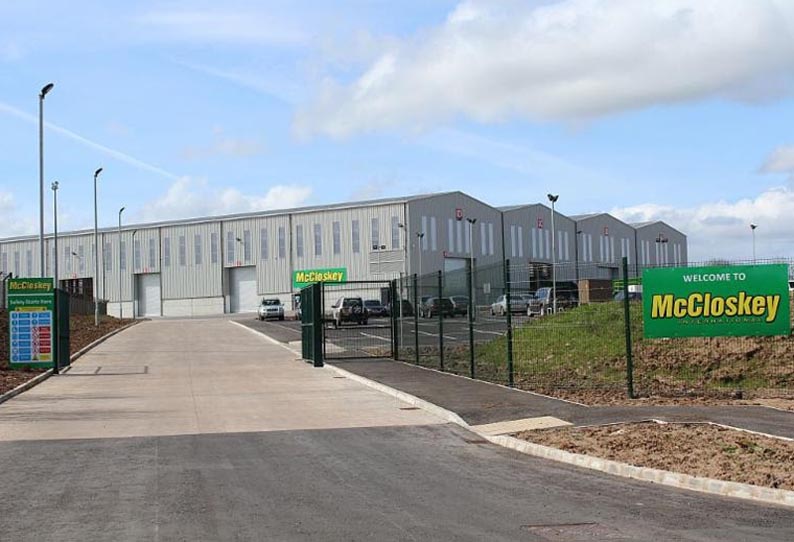 A new Manufacturing Centre of Excellence is set to open at the Granville Industrial Estates in Dungannon, Northern Ireland this month to house additional production for the McCloskey range. The new site will deliver increased assembly and production space for the crushers, screeners and stackers, as well as the new washing systems range.

The new 120,000sqft building and site represent a £7.0 million investment into the business and is expected to deliver 50% increase in production over the next three years.

The new site will also house the production for new business division McCloskey Washing Systems (MWS), focused on washing and classifying across multiple applications. The new unit designs and manufactures a full range of mobile, modular and static material and mineral washing equipment.

Also contributing to the company's growth has been its commitment to after sales service and support. Two new Parts Hubs have recently opened their doors to serve customers around the world, one in the United States and the other in Northern Ireland.

The Milwaukee, Wisconsin 43,000sqft parts and service depot offers same day air or ground dispatch throughout the Americas, while the 10,000sqft facility in Coalisland, County Tyrone serves Europe and an expanding worldwide market. The dedicated sites allow for expedited delivery of parts regardless of physical location.

McCloskey has also expanded to support its growing crusher business with the acquisition of Milwaukee Crusher, based in Wisconsin. The site serves as a dedicated crusher repair facility, with the ability to rebuild and repair all makes of crusher, portable and stationary, as well as provide expert crushing system analysis and advice.

“Accelerating sales of our equipment show that the quality, reliability and durability of McCloskey products are increasingly recognised around the world, and important to our customers,” said McCloskey International VP, sales John O'Neill. “As important for McCloskey is the relationship after the deal is done, and the opening of facilities to continue to support our customers with parts and service allows us to provide both quickly and effectively.”

In addition to its physical expansion, the company has continued to add new international dealers across all regions to represent the number of new products that were added to the company’s portfolio. The over 30% growth has resulted in a network of close to 100 dealers in virtually every region of the world from South America to South Korea, Alaska to Australia.